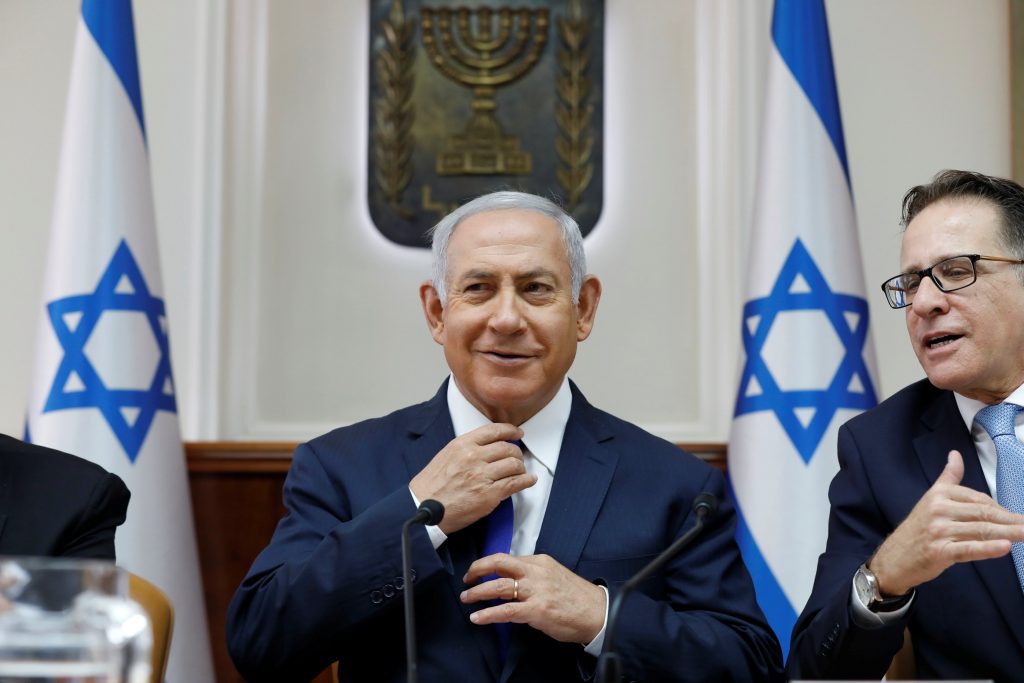 Israeli Prime Minister Binyamin Netanyahu would coast to victory if elections were held now, according to the latest poll conducted by Hadashot and published on Sunday.

Despite ongoing criminal investigations of the prime minister, and his wife on trial on charges of fraud, his Likud party would increase from 30 to 32 seats, outdistancing the No. 2 Yesh Atid with 18 seats in the Knesset.

However, the second largest group, 31 percent, had no preference.

The poll was based on questions put to 517 Israelis.

Meanwhile, there was fresh speculation about early elections.

In a meeting Sunday with Likud ministers, Netanyahu reportedly said: “I hear there are those who want to know if there are elections, and if so, when,” he said.

“The answer is there is no decision.”

That didn’t stop reports about what he will decide. Coalition leaders said they believe the prime minister will call the next election for February or March 2019, sources close to them were quoted as saying by The Jerusalem Post.

Apparently, the assessment was based on remarks made by Netanyahu on the difficulty of resolving the issues of the chareidi draft and conversion, which could cause the chareidi parties to leave the government.