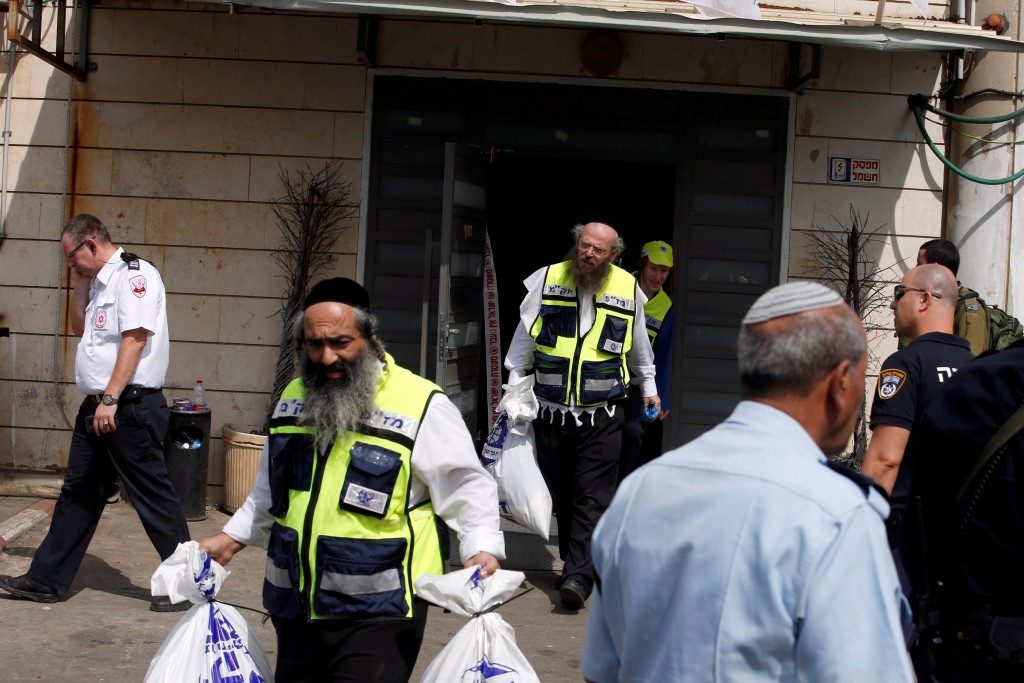 The two victims of Sunday morning’s terror attack in Barkan were named as Ziv Hajabi, Hy”d, 32, a resident of Rishon LeTzion. Hajabi, a father of three, was four days away from celebrating his 33rd birthday. He had worked at the metalworks factory in Barkan where he was murdered for three years, employed as an accountant.

The second victim was named as 28-year-old Kim Levengrod-Yechezkel, Hy”d, a resident of Rosh Ha’ayin who was the mother of a year-and-a-half old infant. A third victim of the shooting, a woman in her 50s who was moderately to seriously injured, is recovering in a Petach Tikvah hospital. Levayah information for the two murdered victims has not yet been announced.

The attack in the industrial zone outside Ariel in central Shomron took place in a metalworking factory, when a 23-year-old terrorist entered the Alon metal shop at about 7:30 a.m., pulled out a rifle, and opened fire on two people in the office. Witnesses said that he had been summoned to repair a machine in the factory, and after doing so he returned to his vehicle and retrieved the rifle, opening fire and killing the two. A third person who heard the shots and entered the office was shot as well, and is suffering from serious injuries.

Reports Sunday afternoon said that IDF soldiers had entered the village of Shweka, where the terrorist who murdered Hajabi and Yechezkel lived, and were questioning family members. An intensive manhunt was underway, with ground soldiers, canine units, and helicopters sweeping the area around Tul Karem searching for the terrorist. The terrorist’s identity is known to security officials. His image was also captured on security cameras at the factory as he entered carrying an assault rifle.

Police said that the terrorist had left what they called a suicide note with an Arab worker at the factory, who was acquainted with the terrorist in his home village. The note had been in the possession of the worker for at least three days before the attack, and he had apparently read it, security officials said – but he did not report its contents to anyone. The worker has been arrested and is being questioned on the matter. Officials said that the terrorist’s social media accounts gave some indication that he was likely to carry out an attack against Israelis.

Yogav Fried, a worker at the factory, said that he had shot at the terrorist when it became clear what was happening. Speaking to Hadashot News, he said that “I saw him running fast and shooting. I shot at him and he disappeared. The Palestinians working in the warehouse started yelling that something had happened, so we ran there to see what was going on. As soon as we saw the three people on the floor with injuries we realized this was a terror attack.

“I took out my gun and started searching for the terrorist,” but he had run outside by that time, said Fried. “I went outside and saw him, he was coming up to me from behind. He shot at me and I returned fire, and then he disappeared.”