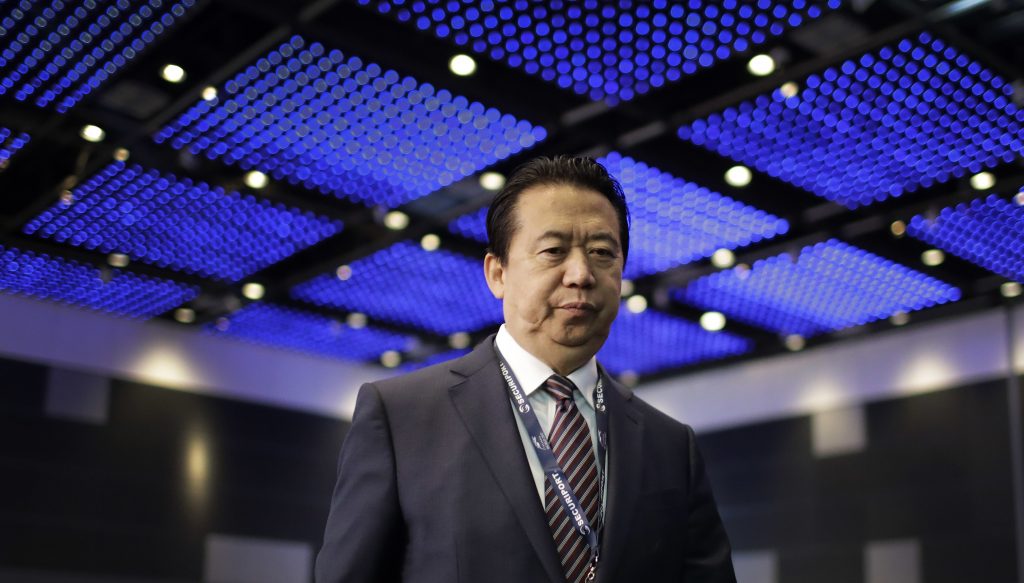 Interpol General Secretariat in Lyon, France announced they have received the resignation of Meng Hongwei, President of the organization.

“Under the terms of Interpol’s constitution and regulations, the Senior Vice President serving on Interpol’s Executive Committee, Mr. Kim Jong Yang of South Korea, becomes its Acting President,” Interpol said in a statement.

The Interpol General Assembly session, which is scheduled to be held on November 18 in Dubai, will elect a new President to complete the remaining two years of the current mandate.