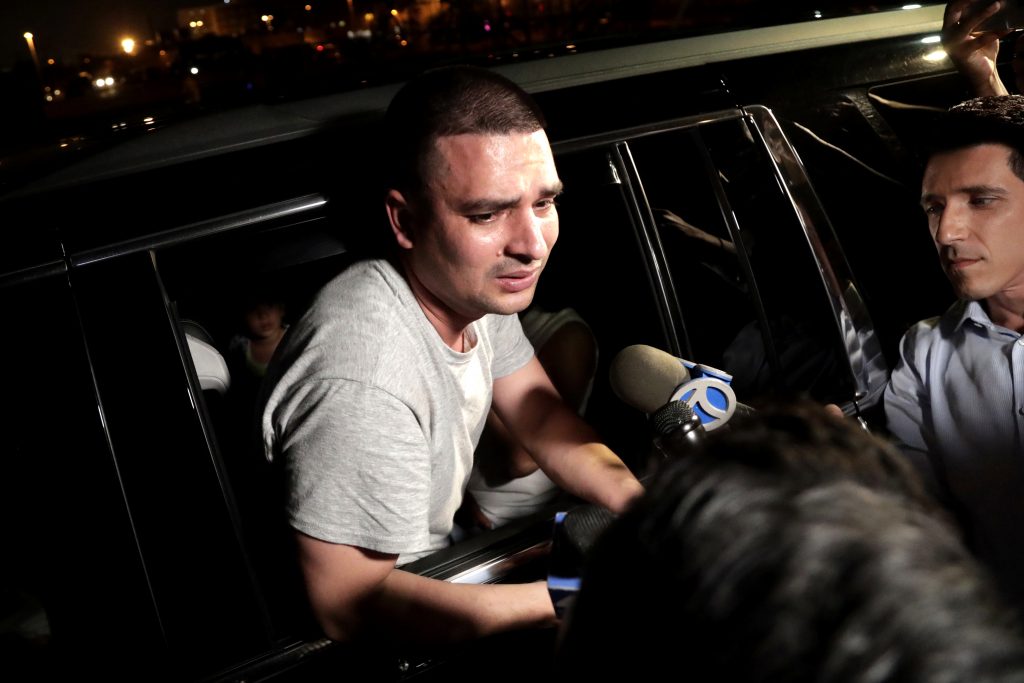 An Ecuadorian pizza deliveryman freed from an immigration detention facility by a judge who criticized the handling of the case will remain free after the government declined Friday to pursue an appeal.

Villavicencio, 35, was detained June 1 in New Jersey after delivering pizza to the Fort Hamilton Army base in Brooklyn. The detention came as Villavicencio was in the process of seeking to establish legal residency and overcome a 2010 order to leave the country. He is married to a U.S. citizen. Their two young daughters are also U.S. citizens.

When he ordered the release of Villavicencio over the summer, U.S. District Judge Paul Crotty said he didn’t believe the detention was “accidental or random.”

“It should not be difficult to discern that families should be kept together rather than be separated by the thoughtless and cruel application of a so called ‘zero tolerance’ policy,” Crotty wrote.

Nicholas Biase, a spokesman for government attorneys, said a notice of appeal that had been filed while the government decided whether to pursue an appeal was withdrawn Friday.

In a statement, The Legal Aid Society, which represented Villavicencio, said it was pleased that the government “fully withdrew their challenge to Mr. Villavicencio’s hard-won release from immigration detention and his opportunity to pursue lawful status.”

New York Gov. Andrew Cuomo said in a statement that “by dropping its appeal of a court order freeing Pablo Villavicencio, the federal government is admitting what we already knew: there was absolutely no legitimate reason to lock Mr. Villavicencio up and take him away from his family.”

“We will always fight to protect the rights of all New Yorkers and uphold the values embodied by the Statue of Liberty in our harbor,” said the governor.