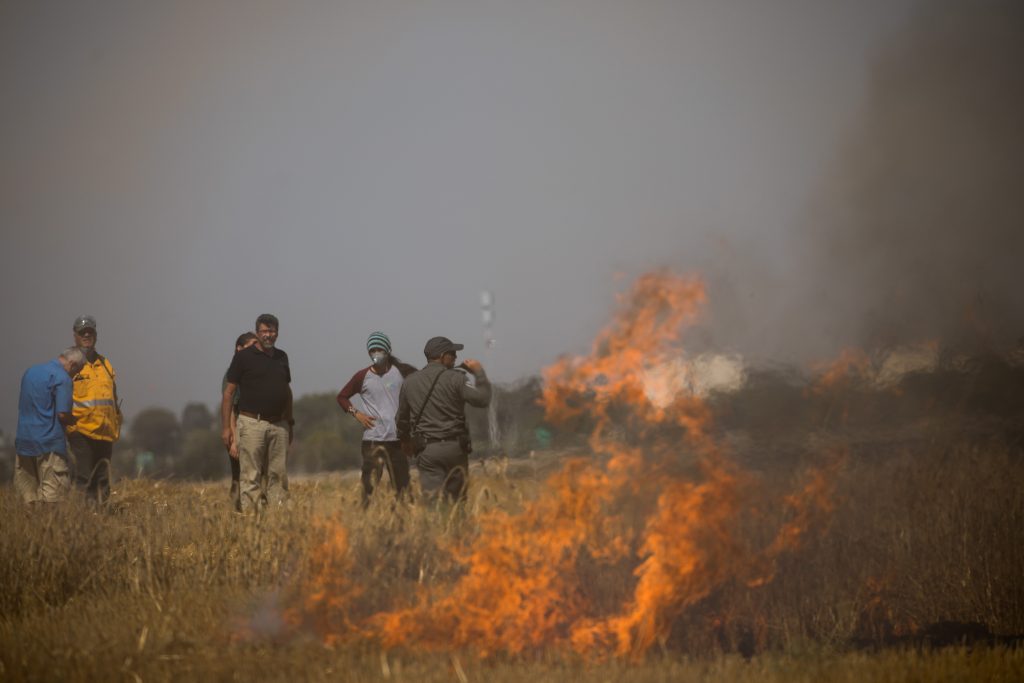 Residents of Kerem Shalom have experienced hundreds of fires, and the resulting pollution has made living in the area hazardous to their health – with the result, Channel 20 reported, that many are planning to leave the area. Residents interviewed by the news organization said that it had gotten to the point that they were unable to leave their homes because of the heavy pollution. Many have also reported that they have begun suffering from lung disease and other respiratory ailments.

As a result of the report, officials of the Environment Ministry arrived in the area last week to conduct air-pollution tests. The tests determined that the pollution levels in the area were far higher than the permissible level. According to Channel 20, the officials recommended that residents remain in their homes with the windows and doors closed.

The biggest causes of the pollution, residents said, was not the many forest and farm fires they have experienced as a result of the kite and balloon terror attacks, but the incessant burning of tires on the Gaza side of the border. Arab rioters burn the tires in order to create a smokescreen to prevent IDF soldiers from finding them. Also responsible for the situation, they said, was the large amount of tear gas soldiers were using to break up the riots at the border. Residents told Channel 20 that they were holding out as best as they could “in order not to give Hamas a victory,” but that something needed to be done quickly.

According to the report, the Defense Ministry attempted to persuade Channel 20 not to broadcast the report, but the military censor approved the report.