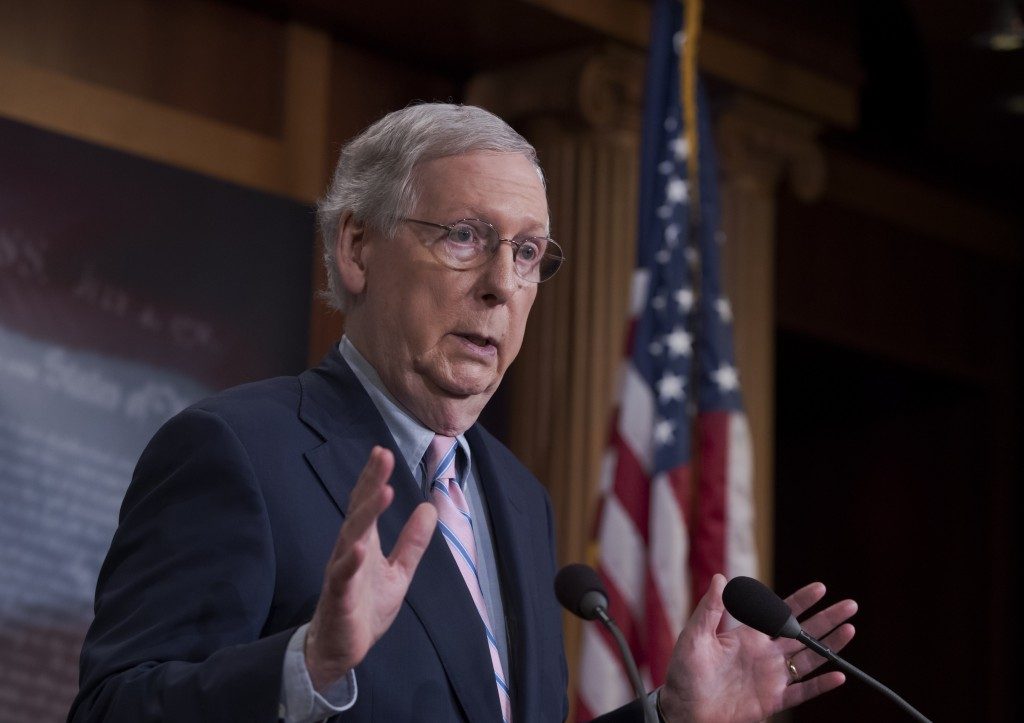 Republican Sen. Susan Collins of Maine isn’t up for re-election until 2020, but critics vowed Saturday she’ll pay a political price for voting for Supreme Court nominee Brett Kavanaugh. Collins, meanwhile, insisted she “will not be intimidated.”
Crowdpac tweeted that it’s secured pledges for more than $3 million for Collins’ future opponent.

“We’re taking back Maine’s Senate seat, and claiming it for someone who knows how to listen to her constituents,” tweeted Mainers for Accountable Leadership, which organized protests at Collins’ office.

Collins said Saturday that crowdsourced funding targeting her was tantamount to “a bribe, or extortion.”

“I did not do any kind of political calculation in making my decision. I have to apply my best judgment. I cannot weigh the political consequences. In this case it was obvious there were going to be people very angry at me no matter what I did. I have to do what I think is right, and that’s what I did,” she told WCSH-TV.

Saturday’s vote for Kavanaugh was 50-48.

So far, no serious contender has stepped forward to challenge the only Republican senator from New England, who has found herself among a dwindling number of GOP centrists. But Republicans are aware that her position could make her vulnerable. Senate Majority Leader Mitch McConnell said Collins is a “top priority” when he was asked Saturday if she could be targeted by Democrats in 2020.

Collins was viewed as a potential swing vote for a Supreme Court nominee whose path to confirmation was shaken concerning actions when he was in high school. Kavanaugh denied the accusations.

In the end, Collins said she found allegations “sincere, painful and compelling” but said that absent any corroborating evidence she could not allow that to be the basis for voting against a nominee she thought was otherwise qualified. “We still have in this country certain fundamental principles, due process, fairness, a presumption of innocence,” she said.

While her vote spurred criticism, Collins was cheered by Republicans including past and former presidents.

In Washington, President Donald Trump said Saturday that he thought Collins was “incredible” and that she “gave an impassioned, beautiful speech.”

Former President George H.W. Bush tweeted support for Collins from Kennebunkport, praising her before the final vote for “political courage and class.”

Democrats, however, are incensed.

Collins ruefully noted it appears some women are turning on her after she’s been a reliable advocate for 22 years in the Senate.

“It’s certainly been a difficult situation,” she said of the hard feelings over the Kavanaugh nomination. She called it “the most difficult in the 22 years that I’ve been honored to represent the state of Maine in the Senate.”