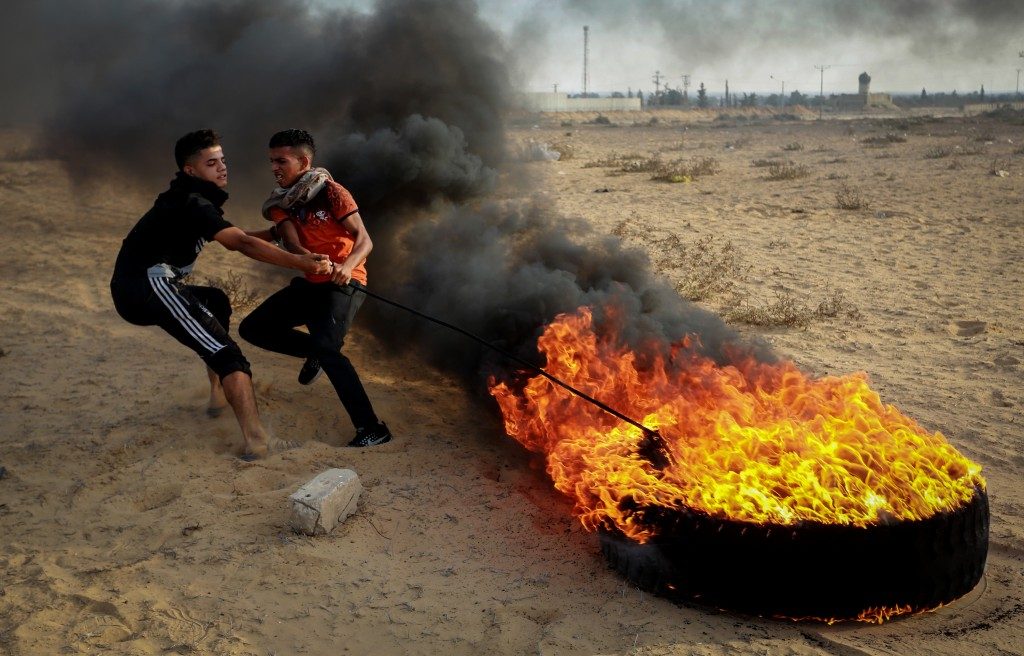 IDF planes hit two Hamas terror targets in Gaza overnight Friday in response to firebombs and hand grenades that Gaza Arab terrorists used to attack IDF soldiers. Some 20,000 Gaza Arabs rioted on Friday at various points on the Gaza border fence, throwing rocks and firebombs at soldiers, and burning tires. Ten terrorists attempted to breach the fence, threw grenades at soldiers on the Israeli side, and scurried back across the border fence into Gaza. Three terrorists were killed in the rioting, and 376 were injured, Gaza sources reported.

In response to the rioting, Defense Minister Avigdor Liberman reduced the range for Gaza fisherman to sail off the Gaza coast. As of Motzoei Shabbos, Gaza fishing boats can sail up to six miles offshore, instead of the nine miles that had been permitted. Liberman said that Israel would take further steps if the rioting continued. Meanwhile, Gaza terrorists continued to fly terror kites and balloons at Israeli targets. A large fire broke out at Moshav Ein Habesor, located in the Eshkol region, with dozens of firefighters working to bring the fire under control. Authorities believe that the fire was likely caused by a terror balloon.

Speaking Motzoei Shabbos, Housing Minister Yoav Galant said that the IDF increased forces in the Gaza area last week in order to be able to exert greater control over the situation in the border fence area with less force. “The IDF’s original purpose in deploying larger forces at the border was to ensure that no Palestinians crossed the fence, while ensuring a minimum of casualties. Those who have the strength do not necessarily have to use it. The proof of that is that Hamas, Israel’s weakest enemy, is the one that acts most aggressively,” Galant said.