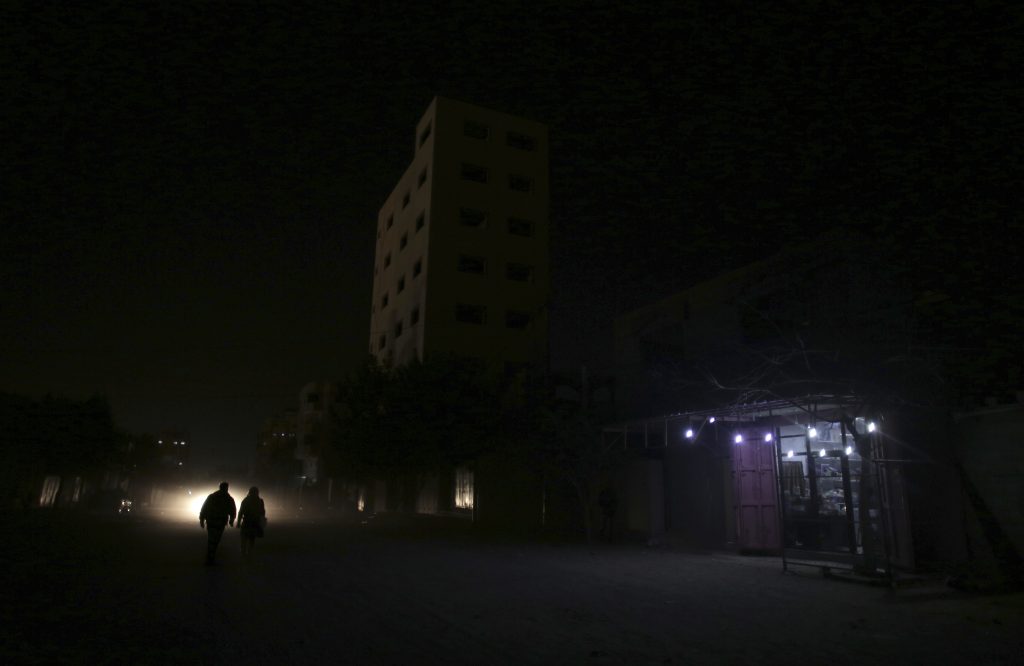 Israel is caught between the Palestinian Authority and Hamas, with the former demanding that the latter cede civilian control to it – and the latter refusing. According to Walla News, there have been numerous incidents in recent months that have illustrated this – the latest occurring Thursday morning, when PA officials threatened Israeli fuel firms not to begin deliveries of $60 million of diesel fuel to Gaza, for use in a new power plant.

The power plant had been built by Qatar and other Arab countries, and would have allowed Gazans to get electricity for eight hours a day, instead of the four they currently get. The amount of fuel to be delivered by the Israeli firms would have been enough to supply the power plant for the next six months.

But sources in Gaza told Walla News that no deliveries were made Thursday – after Israeli fuel firms received phone calls from PA officials, telling them that if they made the deliveries, the PA would stop buying diesel fuel from them, and instead purchase it in Jordan.

In addition, the officials threatened UNRWA workers, who were supposed to physically supervise the transfer of the fuel, not to do so – or “suffer the consequences.”

“The PA prevented an improvement in the day-to-day lives of Gazans in order to make it clear to the world that they are in charge of what happens in Gaza, not Hamas,” the report said. “This was designed to force Hamas to submit to the PA’s and Fatah’s demands on who will run Gaza – with Hamas expected to hand over the keys to control of the Strip, and to disperse its military wing.”

In the coming weeks, the report added, the PLO will be holding its annual congress, and it is “likely that it will decide to withhold all payments to Gaza, currently totaling $96 million,” further exacerbating the situation there, it added. Neither the government nor the fuel companies involved had any comment, according to the report.