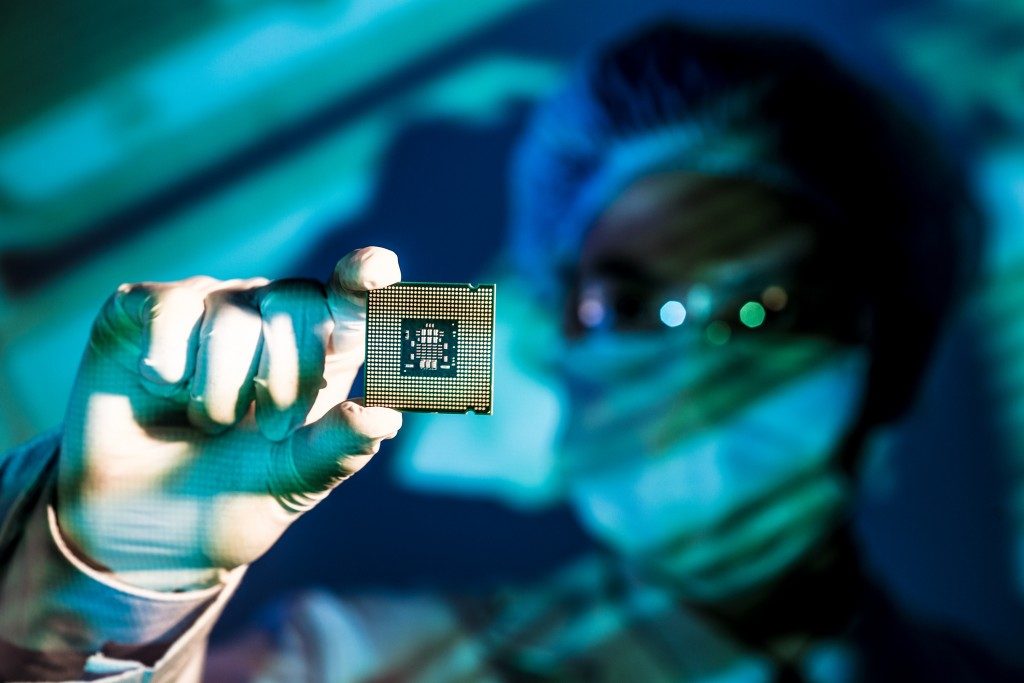 The article detailed a sweeping, years-long effort to install the surveillance chips in servers whose motherboards — the brains of the powerful computers — were assembled in China. One affected company had its servers used by U.S. government clients, including Department of Defense data centers, Navy warships and the CIA in its drone operations.

The extent of the data China collected from the surveillance chips was not clear from the report, and no consumer information was known to have been stolen, according to Bloomberg Businessweek. But it said a top-secret U.S. government investigation, dating from 2015 and involving the FBI, remains open.

The story cited 17 unnamed sources, including industry insiders and current and former U.S. officials. The Chinese government, Apple, Amazon and other involved companies disputed the report to Bloomberg Businessweek, and the FBI and U.S. intelligence officials declined to comment.

One U.S. official told The Washington Post on Thursday morning that the thrust of Bloomberg Businessweek’s reporting was accurate. This person spoke on the condition of anonymity to discuss matters not approved for public release.

The U.S. and China are locked in a bitter and escalating trade war, in which hundreds of billions of U.S. and Chinese products are under tariff.

The reported manipulation of electronics supply chains to U.S. companies are certain to sharpen long-standing questions about the crucial but uneasy relationship between the world’s two leading economies. American companies design and sell leading technology products, such as servers, laptop computers and smartphones, but they are built and assembled largely in China.

U.S. officials long have worried about the potential for altered microchips or other components to be secretly inserted into products and shipped to the United States and elsewhere, opening doors to long-term spying on computer users and their information networks.

Surveillance through altered hardware is more difficult to execute than more familiar hacks to software, but the results can be harder to remedy because the components must be detected and physically removed, or use of the hardware must be discontinued. The surveillance microchips reportedly could have connected to outside computers and secretly downloaded software to bypass security protections elsewhere, such as passwords or encryption keys, stored elsewhere on the affected servers, enabling remote computerized spying.

The operation, which Bloomberg Businessweek attributed to a Chinese military unit that specializes in hacking hardware, worked by inserting a tiny, innocuous-looking microchip onto motherboards in servers produced by Supermicro, a leading supplier of such equipment, based in San Jose. The company is American, but the motherboards were assembled mainly in China.

Both Apple and Amazon discovered the surveillance chips in 2015 and took steps to replace the affected servers, according to the report, which described close cooperation between U.S. investigators and affected companies. The report said that dozens of companies may have used sabotaged servers in their data centers before the Chinese operation was detected.

Apple on Thursday morning referred The Washington Post to its statement in the Bloomberg Businessweek story alleging that the reporting was inaccurate. “Apple has never found malicious chips, ‘hardware manipulations’ or vulnerabilities purposely planted in any server. Apple never had any contact with the FBI or any other agency about such an incident. We are not aware of any investigation by the FBI, nor are our contacts in law enforcement.”

The report also quoted denial of the reporting by Amazon Web Services, a cloud-services subsidiary of Amazon, which in 2015 acquired a company, Elemental, whose servers reportedly were affected by the Chinese operation. (The Washington Post is owned by Amazon Chief Executive Jeff Bezos.)

Supermicro said in its statement, “We are not aware of any investigation regarding this topic, nor have we been contacted by any government agency in this regard.”