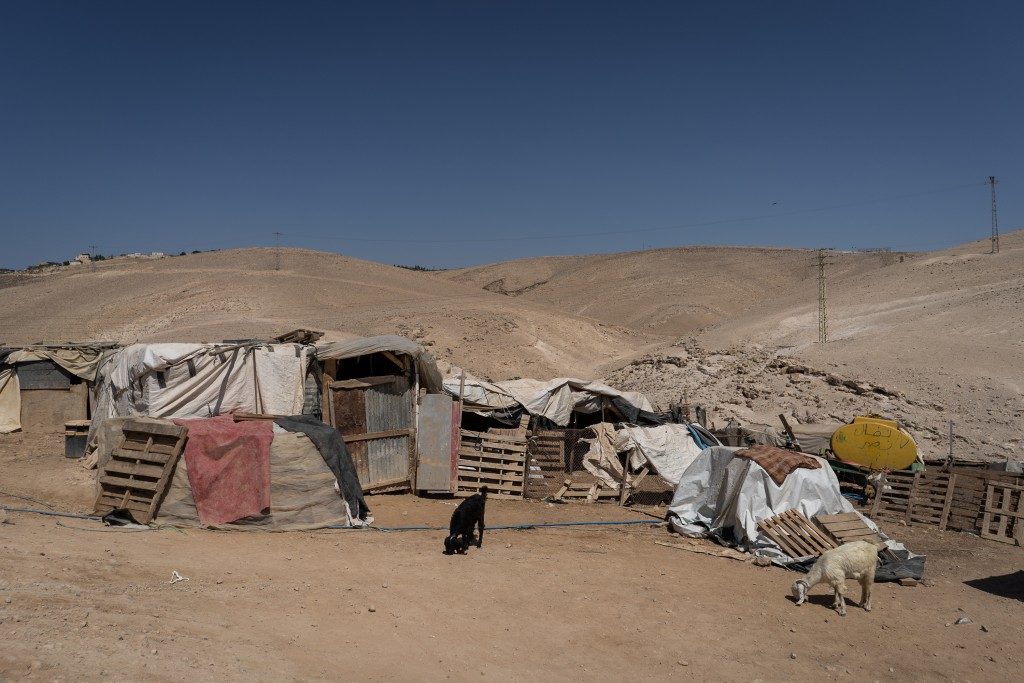 Israel’s decision on how to proceed with the eviction of illegal Bedouin Arab settlers at Khan al-Ahmar is an internal Israeli matter, German Chancellor Angela Merkel said Thursday – and rumors that she had demanded that the evictions be postponed until she left the country were “fake news.”

How Israel proceeds with the Khan al-Ahmar issue “is not connected to my visit. I did not condition my meetings on this,” Merkel said, adding that she first heard that she had demanded that the evictions not take place while she was in Israel while she was on her way to Israel Wednesday. “I said to myself, ‘Oy, what a lie. Soon I will arrive and I will show everyone that this was ‘fake news.’”

Merkel made the comments Thursday morning as she accepted an honorary doctorate from the University of Haifa, speaking with students after the ceremony. In her comments, she also said that “we must do everything possible to ensure that Iran does not get nuclear weapons. There is a debate on whether the international deal signed with Iran is sufficient to halt Iran’s nuclear program, or whether it is not. We have had many discussions on this matter, and I will discuss it with Prime Minister Netanyahu as well” when she meets him later Thursday, she said.

Merkel is likely to bring up the Khan al-Ahmar issue at the meeting as well, Israeli officials said. She will not be meeting with Palestinian Authority officials on her day-long visit, even though the PA had demanded a meeting with Merkel to discuss the situation in PA-controlled areas in general, and specifically to discuss the impending eviction and demolition of Khan al-Ahmar.

Last week the High Court gave its final authorization for the demolition of the site, located outside Maale Adumim and east of Yerushalayim. The government had given the Bedouin until October 1 to vacate the site willingly, or to face forced eviction.

PA officials have been appealing to European leaders to lean on Israel to forgo the demolition, and announced that they would demand a meeting with Merkel on the matter. That meeting will not take place, but government sources told Haaretz that no evictions or demolitions would take place while Merkel was in the country, although the October 1 deadline has passed.

Commenting on Merkel’s disclaimer that she had conditioned her visit on the Khan al-Ahmar issue, Education Minister Naftali Bennett said that he appreciated the clarification, and that she had proven herself “a true friend of Israel. It appears to me that your positive relation to Israel is embedded deep in your soul. Israel’s relationship with Germany has great strategic importance and we will continue to act to strengthen it at all levels.”