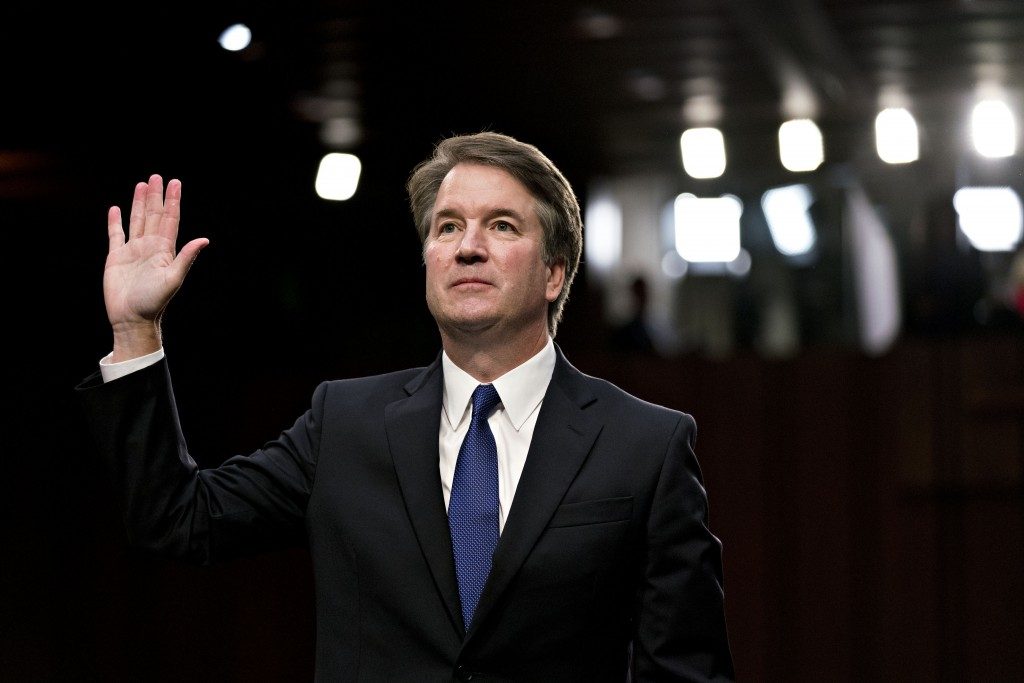 A pair of key Republican senators expressed satisfaction Thursday with a new FBI report, increasing the odds of Senate confirmation this weekend of Judge Brett M. Kavanaugh, President Donald Trump’s Supreme Court nominee who has faced allegations of past misconduct.

Sen. Susan Collins, Maine, one of three Republicans who had not indicated how they plan to vote, said Thursday that “it appears to be a very thorough investigation, but I’m going back later to personally read the interviews.”

Collins, Flake and Sen. Lisa Murkowski, R-Alaska, are the critical votes that could ensure Kavanaugh’s ascension to the nation’s highest court.

Their comments came as leading Democrats and Republicans offered dueling assessments of the FBI background check into the allegations of misconduct by Kavanaugh.

Judiciary Committee Chairman Charles E. Grassley, R-Iowa, said Thursday that the report included “no hint of misconduct,” while senior Democrats called it incomplete and suggested that the White House limited the probe to protect Kavanaugh.

“There’s nothing in it that we didn’t already know,” Grassley said in a statement after being briefed on the FBI report by his staff. “It’s time to vote.”

Sen. Dianne Feinstein, Calif., the top Democrat on the committee, later told reporters that “the most notable part of this report is what’s not in it.”

Senate Minority Leader Charles E. Schumer, D-N.Y., who appeared beside her at a news conference, blamed the White House for the limited scope of the latest probe.

“We had many fears that this was a very limited process that would constrain the FBI from getting all of the facts,” he said. “Those fears have been realized.”

Schumer said he disagreed with Grassley’s assessment that there is “no hint of misconduct” but declined to elaborate or take questions.

White House spokesman Raj Shah said that the FBI agents had reached out to 10 witnesses — nine of whom were interviewed — and that no one had corroborated the account of misconduct.

“The president, the White House are firmly behind Brett Kavanaugh,” Shah said during an appearance Thursday morning on CNN. “We believe that all the Senate’s questions have been addressed through this supplemental FBI investigation.” In an earlier tweet, Shah said the White House is “fully confident” that the Senate will confirm Kavanaugh.

On Thursday morning, senators began filing in and out of a secure facility at the Capitol to review the sensitive FBI report.

In morning tweets, Trump decried what he said was “harsh and unfair treatment” of Kavanaugh, who has undergone previous FBI background checks for other federal jobs, and accused Democrats of obstructing the confirmation process.

“This is now the 7th. time the FBI has investigated Judge Kavanaugh,” Trump wrote. “If we made it 100, it would still not be good enough for the Obstructionist Democrats.”

In his statement, Grassley said that “this investigation found no hint of misconduct and the same is true of the six prior FBI background investigations conducted during Judge Kavanaugh’s 25 years of public service.”

In tweets starting around 4 a.m., Grassley announced that the panel had received the report from the White House and that he and its top Democrat had “agreed to alternating EQUAL access for senators to study content from additional background info gathered by nonpartisan FBI agents.”

The FBI’s report is available at a sensitive compartmented information facility, or SCIF, in the Capitol Visitor Center, a secure room designed for senators to review sensitive or classified material, two Senate officials said. Just one physical copy of the report is available, and only senators and 10 committee staffers are cleared to view the material.

“Last week’s hearing is no substitute for FBI interviews, especially when you consider the tenor of Judge Kavanaugh’s testimony,” Feinstein,the top Democrat on the Judiciary Committee said in a statement. “When he wasn’t yelling and demeaning senators, he was making misleading statements that cast doubt on his overall trustworthiness. I don’t think that would happen with FBI agents seated across the table.”

The reopened FBI investigation was prompted by reservations expressed by Sen. Jeff Flake, R-Ariz., about moving forward on a full Senate vote without the investigation, which he said should be “limited in time and scope.”

Even as the White House gave the FBI permission to broaden its examination, it continued to hold the bureau to a strict timeline.

Much of the focus Thursday will be on the reactions of three Republicans whose votes are considered key to Kavanaugh’s fate: Flake, Collins and Lisa Murkowski, Alaska.

On Wednesday, all three took issue with Trump’s mocking of the accuser the night before at a political rally in Mississippi that drew laughs from his supporters.

“What I want is I want to see the report,” Murkowski told reporters. “That’s what I’m waiting for.”

Besides Flake, Collins and Murkowski, Democratic Sens. Heidi Heitkamp, N.D., and Joe Manchin III, W.Va., also have yet to announce how they will vote.

While trying to round up votes on his side, McConnell has also taken sharp aim at Democrats, accusing them of trying to “move the goal posts” on Kavanaugh’s confirmation fight by suggesting that Friday would be too soon for a key vote on him.