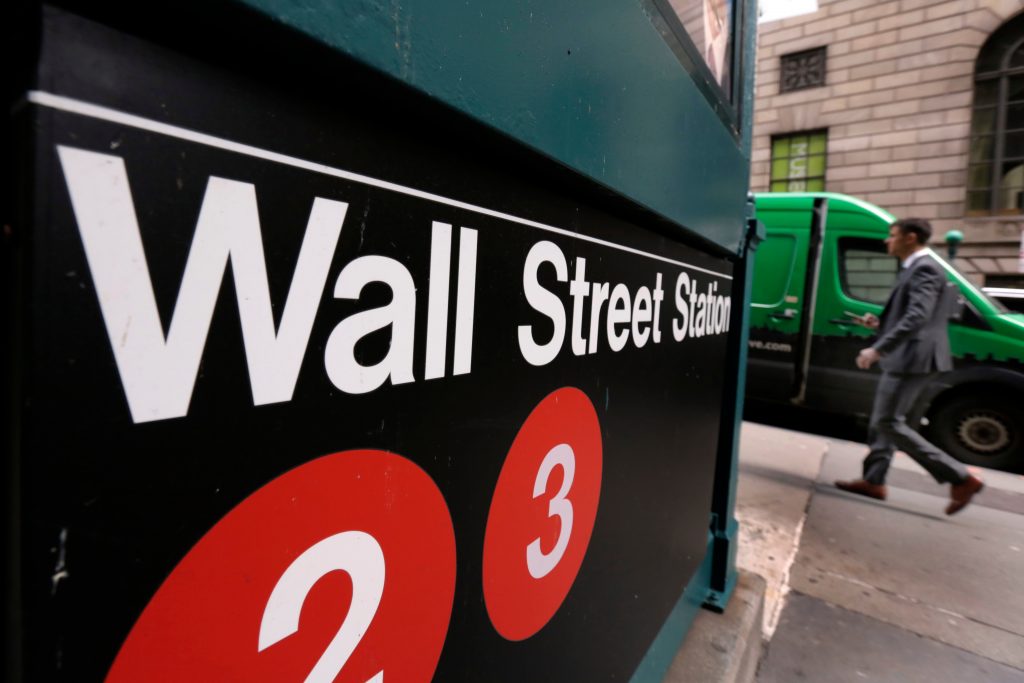 Global stocks are falling Thursday as interest rates in the U.S. continue to rise. In the U.S., internet and technology companies, retailers and high-dividend stocks are falling. The yield on the 10-year Treasury note is rising further after hitting a seven-year high a day ago.

YIELDS SURGE: Bond prices fell again. The yield on the 10-year Treasury note climbed to 3.19 percent from 3.16 percent. The 10-year yield is at its highest level in more than seven years following encouraging signs on hiring by private companies and growth for services companies.

That data suggests the economy should keep growing at a solid pace. That translates to bigger profits for U.S. companies and continued increases in interest rates by the Federal Reserve, which raises rates to keep inflation in check. But as interest rates continue to rise, it becomes more expensive for consumers and businesses to borrow money, and growth gradually slows.

The S&P 500 rose as much as 16 points Wednesday but finished with a gain of just 2 points.

BANK RALLY: Banks continued to rise as higher yields mean they make bigger profits on mortgages and other types of loans. Bank of America gained 0.9 percent to $30.27 and Wells Fargo rose 0.9 percent to $53.13.

Banks have struggled this year as interest rates have remained low, but they’ve done better than the rest of the market over the last two days. That’s also true of industrial and energy companies, both of which took smaller losses than the broader S&P 500 on Thursday.

THE QUOTE: Sameer Samana, strategist for the Wells Fargo Investment Institute, said that after months of strong economic data, investors in the bond market are selling because they’ve decided yields are too low.

“Bond investors, especially on the longer end of the curve, are finally starting to wake up and believe that we’re not going back down on either the growth rate or the inflation any time soon,” he said. “If they want to get compensation, they’re going to have to demand higher interest rates.”

BOOK SALE?: Barnes & Noble climbed 19.4 percent to $6.52 after the bookseller said it will review offers from potential buyers, including one from founder and chairman Leonard Riggio, the company’s biggest shareholder. Even after Thursday’s gain, Barnes & Noble stock is slightly lower in 2018 and has lost almost two-thirds of its value since July 2015.

HORTON HEARS A DEAL: Business software companies Hortonworks and Cloudera said they agreed to combine in an all-stock deal. Cloudera shareholders will own most of the new company, which the two sides said will be worth $5.2 billion. Cloudera rose 10.3 percent to $18.84 and Hortonworks added 10.4 percent to $24.16.

DRINK TO THAT: Beer and wine maker Constellation Brands climbed 4.2 percent to $219.59 after its second-quarter profit surpassed Wall Street projections.

INDIAN SELL-OFF: Shares sank in India as the rupee continued to weaken and investors worried about the country’s trade deficit, thanks to surging costs of oil imports. The Sensex index fell 2.2 percent.