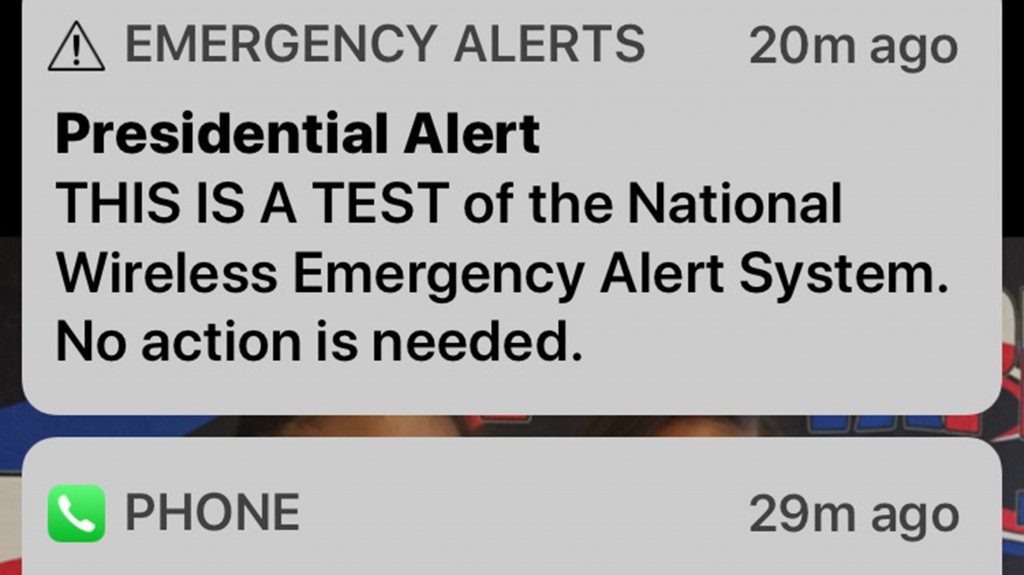 Didn’t get FEMA’s “Presidential Alert” on Wednesday? Try not to worry. After all, it was only a test.

The Federal Emergency Management Agency’s first nationwide test of the Wireless Emergency Alert, or WEA, system reached an estimated 225 million cellphones, or 75 percent of all such devices.

The message wasn’t expected to reach every cellphone, just those that were WEA compatible and switched on, within range of an active cell tower and connected to a participating wireless provider, according to FEMA.

However, some cellphones that met those requirements didn’t receive the alert. Others got it multiple times.

Radio protocols are one possible culprit, according to a report from Wired, which spoke with David Simpson, former chief of the FCC’s Public Safety and Homeland Security Bureau.

“There are aspects of how the phones pull the radio access nodes in a 4G environment that could result in a different latency for how the alert gets to different end-points,” Simpson said.

There’s another possibility, according to Wired. Firmware in new cellphones released after recent local and state WEA tests may have reacted unexpectedly to the system.

A FEMA representative also told Wired that a person might have missed the alert if they were on a call or had an active data session open at the time.

In the coming weeks, FEMA will work with the FCC to determine what worked and what didn’t.

“The test will assess the operational readiness of the infrastructure for distribution of a national message and determine whether improvements are needed,” the FEMA website said.