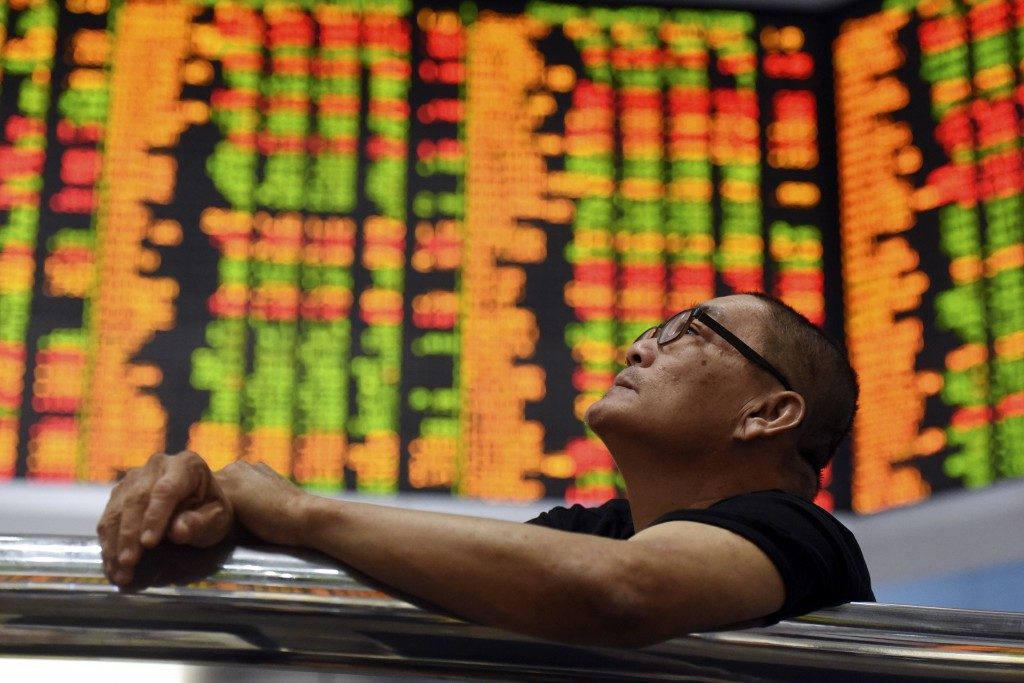 Shares fell Thursday in Asia despite a strong day on Wall Street that was spurred by encouraging signs on U.S. hiring and growth in the service sector.

“Asian stocks are not faring so well which is not so untypical when the U.S. dollar strengthened markedly versus Asian currencies, notably vs. the [Chinese] yuan, which is a crucial bellwether of local sentiment,” Stephen Innes of OANDA said in a commentary.

Encouraging reports on hiring and growth in the service sector sent small companies and banks higher Wednesday and knocked bond prices into a tailspin. Both reports were stronger than analysts expected and suggest the economy is in good shape in spite of rising interest rates and oil prices, and the ongoing trade dispute between the U.S. and China.