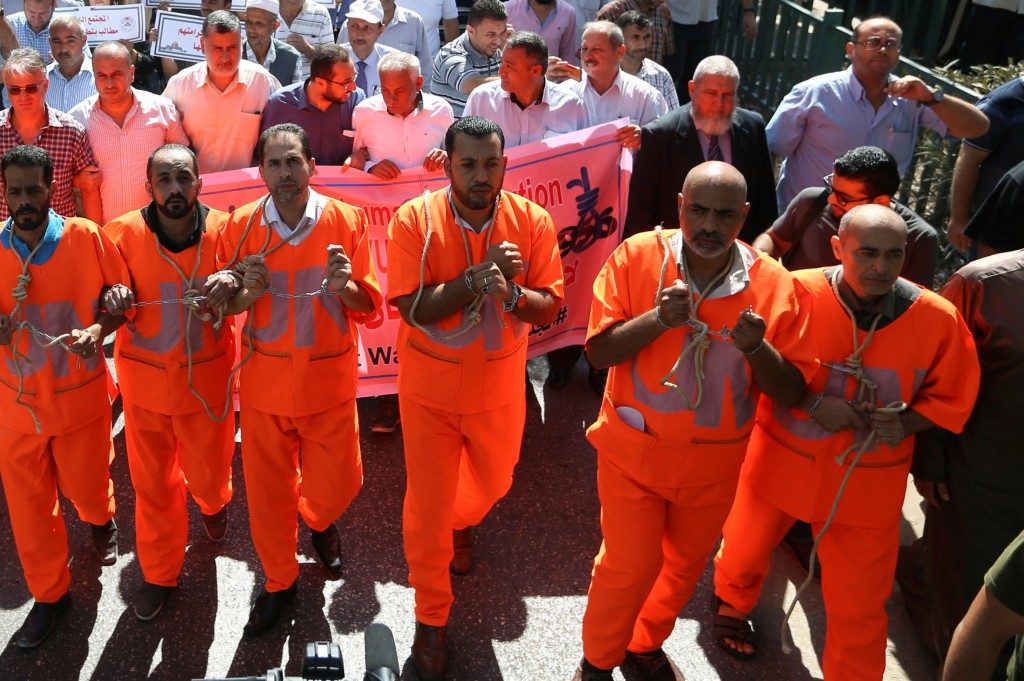 The United Nations agency that supports Palestinian refugees withdrew some of its international staff from the Gaza Strip on Monday, saying it was concerned for their safety, a statement from the organization said.

Some UNRWA staff members had received death threats, according to The Times of Israel.

The officials were taken out of the coastal enclave through the Erez Crossing. Only six foreign staffers remained out of the 19 employed there, a source was quoted as saying.

The head and deputy head of UNRWA remained in Gaza for the time being, but Yediot Acharonot cited several sources who said they too may have to leave.

The Israeli Defense Ministry, which runs the crossing, confirmed that a number of foreign employees from the agency “were evacuated from the Gaza Strip to Israel.”

Anger has mounted in Gaza over the past few weeks among Palestinian employees of UNRWA (The United Nations Relief and Works Agency for Palestine Refugees). Facing a financial crisis, the organization has had to cut jobs in Gaza, sparking strikes and protests.

“UNRWA today decided to temporarily withdraw part of its international staff from Gaza following a series of worrying security incidents affecting its personnel in the Strip,” the agency said.

“Earlier today, a number of staff were harassed and prevented from carrying out their duties by individuals protesting recent measures resulting from UNRWA’s challenging financial situation,” the statement said.

Hani al-Omari, a local UNRWA employee, told Reuters that dozens of people whose jobs were recently cut or reduced had gathered outside a hotel where they heard UNRWA international staff were meeting, some surrounding the vehicle of one of them.

“We wanted to send a message to them that they will not be comfortable while they plan to execute us by cutting our jobs,” al-Omari said.

UNRWA in its statement called on Gaza authorities to “provide effective protection to its employees and facilities.”

Gaza is controlled by the Hamas terror group.

Eyad al-Bozom, spokesman for the Hamas-led interior ministry in Gaza, said the ministry was committed to the protection of UNRWA’s staff and facilities.

“The protection measures did not change, but due to the recent job reductions in the Gaza Strip there has been anger among the employees. We will not let these protests develop and we will not allow any attacks against employees or facilities,” he said.