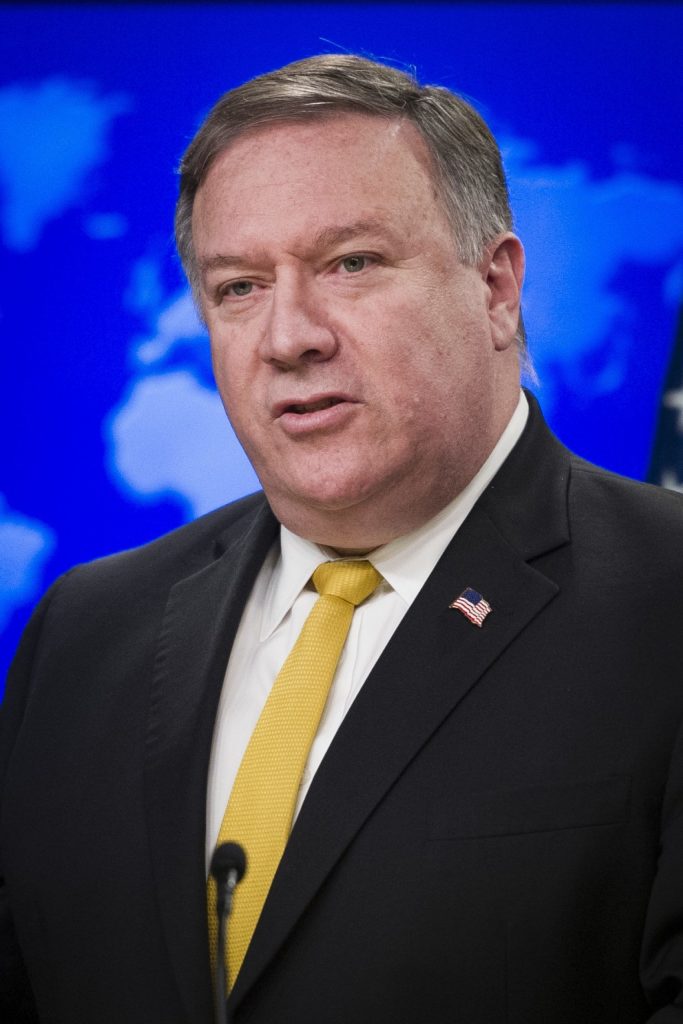 In response to a U.N. court order that the U.S. lift sanctions on Iran, the Trump administration said Wednesday it was terminating a decades-old treaty affirming friendly relations between the two countries. The move is a largely symbolic gesture that highlights deteriorating relations between Washington and Tehran.

Secretary of State Mike Pompeo said withdrawing from the 1955 Treaty of Amity was long overdue and followed Iran “groundlessly” bringing a complaint with the International Court of Justice challenging U.S. sanctions on the basis that they were a violation of the pact.

Meanwhile, national security adviser John Bolton said the administration also was pulling out of an amendment to the Vienna Convention on Diplomatic Relations that Iran or others, notably the Palestinians, could use to sue the U.S. at The Hague-based tribunal. Bolton told reporters at the White House that the provision violates U.S. sovereignty.

“The United States will not sit idly by as baseless politicized claims are brought against us,” Bolton said. He cited a case brought to the court by the “so-called state of Palestine” challenging the move of the U.S. Embassy in Israel from Tel Aviv to Jerusalem as the main reason for withdrawing.

Bolton, who last month unleashed a torrent of criticism against the International Criminal Court, noted that previous Republican administrations had pulled out of various international agreements and bodies over “politicized cases.” He said the administration would review all accords that might subject the U.S. to prosecution by international courts or panels.

Earlier, Pompeo denounced the Iranian case before the U.N. court as “meritless” and said the Treaty of Amity was meaningless and absurd.

“The Iranians have been ignoring it for an awfully long time, we ought to have pulled out of it decades ago,” he told reporters at the State Department.

The little-known treaty with Iran was among numerous such ones signed in the wake of World War II as the Truman and Eisenhower administrations tried to assemble a coalition of nations to counter the Soviet Union. Like many of the treaties, this one was aimed at encouraging closer economic relations and regulating diplomatic and consular ties.

Its first article reads: “There shall be firm and enduring peace and sincere friendship between the United States of America and Iran.”

The treaty survived the 1979 overthrow of the Shah in Iran’s Islamic revolution and the subsequent hostage crisis that crippled American-Iranian relations for decades.

But amid a broader push to assert U.S. sovereignty in the international arena and after pulling out of the Iran nuclear deal this year, the administration determined that the court case made the treaty irrelevant.

Pompeo said the ruling was a “useful point for us to demonstrate the absolute absurdity” of the treaty.

The court case is legally binding, but Pompeo said the administration would proceed with sanctions enforcement with existing exceptions for humanitarian and flight safety transactions.

“The United States has been actively engaged on these issues without regard to any proceeding before the ICJ,” he said.

At the same time, he criticized the ruling.

“We’re disappointed that the court failed to recognize that it has no jurisdiction to issue any order relating to these sanctions measures with the United States.”

The ruling said Washington must “remove, by means of its choosing, any impediments arising from” the re-imposition of sanctions to the export to Iran of medicine and medical devices, food and agricultural commodities and spare parts and equipment necessary to ensure the safety of civil aviation.

It said the exceptions mentioned by Pompeo “are not adequate to address fully the humanitarian and safety concerns” raised by Iran.

Iran’s foreign minister, Mohammad Javad Zarif, praised the court ruling, saying on Twitter that it was “another failure for sanctions-addicted” U.S. and a “victory for rule of law.” He said it was imperative for other countries “to collectively counter malign US unilateralism” and he accused the U.S. of being an “outlaw regime.”

The court said the case will continue and the U.S. can still challenge its jurisdiction, but no date has been set for further hearings.