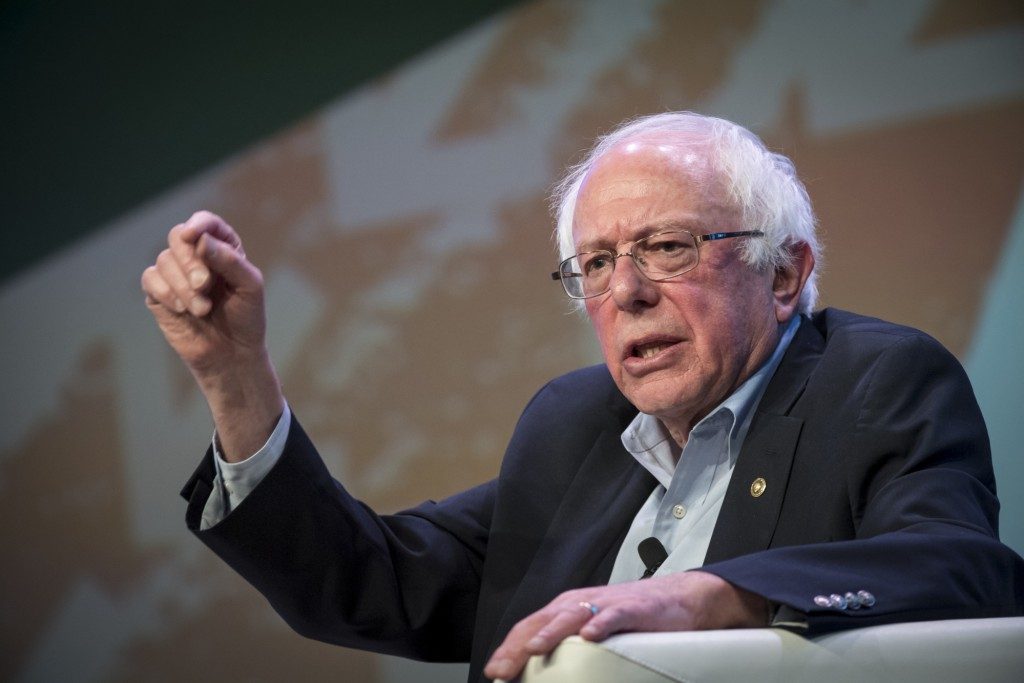 Sen. Bernie Sanders, I-Vt., on Wednesday, is unveiling legislation that would place a hard cap on the size of financial institutions, a proposal that would splinter Wall Street’s biggest firms in an effort to ward off future taxpayer bailouts.

The measure is dead on arrival with a Republican Congress and President Donald Trump in office. And even if the current Democratic Party were to take control of government, it would face a difficult path to passage, as many of the party’s moderates have opted for answers to the banking crisis that did less to alter the financial system.

Sanders’ bill would bar financial institutions from holding assets, derivatives, and other forms of borrowing worth more than 3 percent of the entire U.S. economy, or $584 billion in today’s dollars.

The legislation would force federal regulators to break up six different Wall Street firms – JPMorgan, Bank of America, Citigroup, Wells Fargo, Goldman Sachs, and Morgan Stanley – as well as insurance giants such as Prudential Financial and MetLife. Collectively, the targeted firms hold more than $13 trillion in assets, according to Sanders aides.

Despite its unlikelihood of passing in the near term, the measure could become a marker for Democrats seeking support from the party’s progressive voters, much like a single-payer, universal health-care system has become.

Sanders touts the plan as a way to prevent a repeat of the financial crisis of a decade ago, when banks on the edge of collapse were large enough that their failures would rock the fundamentals of the global financial system. In response, the federal government extended the banks massive loans, a move largely credited with blunting the crisis but that also gave government funding to wealthy individuals at a time when unemployment was soaring and thousands were losing their homes.

“We spent huge amounts of money bailing them out, and they are significantly larger now than they were back then,” Sanders said in an interview. “It’s time we return to that discussion, especially now for the 10th anniversary [of the crash].”

In response to the crisis, Democrats narrowly passed a broad banking law that was meant to ensure that “too big to fail” banks took steps to ward off failure, subjecting the largest firms to more stringent restrictions aimed at limiting their risk.

The law, signed by former president Barack Obama, had 16 separate chapters and ran more than 2,300 pages long. Sanders’s measure runs seven pages, and instead goes after the size of banks, arguing firms of that size pose an inherent risk to the economy.

The senator, who identifies as a Democratic socialist, and his supporters say the firms should be broken up to prevent future rescues, while critics say Sanders is advancing an unpractical bill with no chance of being enacted.

“This legislation cuts to the heart of the matter, by putting a size cap on the largest highly leveraged firms. The size cap is simple, straightforward, and transparent,” said Simon Johnson, an economist at MIT who served as chief economist of the International Monetary Fund and supports the bill. “This measure will bring us closer to full and fair competition in the financial system, where a few megabanks currently predominate.”

Sanders’ plan was criticized by some analysts on Wall Street, who pointed to dramatic improvements in the capital cushions banks now hold to ward against collapse. Dodd-Frank, Obama’s 2010 banking law, put new capital requirements into effect for the largest financial institutions.

Even some broadly sympathetic to Sanders’ efforts to restrain the size of Wall Street banks think the legislation is too ambitious. Thomas Hoenig, who recently stepped down as vice chair of the Federal Deposit Insurance Corporation that regulates the banking industry, said it would already be a very difficult to get enough support even to pass a far less stringent cap on banks’ size.

Hoenig pointed out that Republicans were joined by more than a dozen Democratic Senators in dismantling parts of Obama’s 2010 Dodd-Frank banking bill, an effort that many Republicans thought did not go far enough.

“Several Democrats just voted to ease capital standards on two of the largest banks,” Hoenig said. “So who is going to pass this law?”

But the bill may also form the cornerstone of future Democratic banking legislation, as the party has moved toward a raft of populist left-leaning ideas on issues ranging from Medicare-for-all to free tuition at public universities.