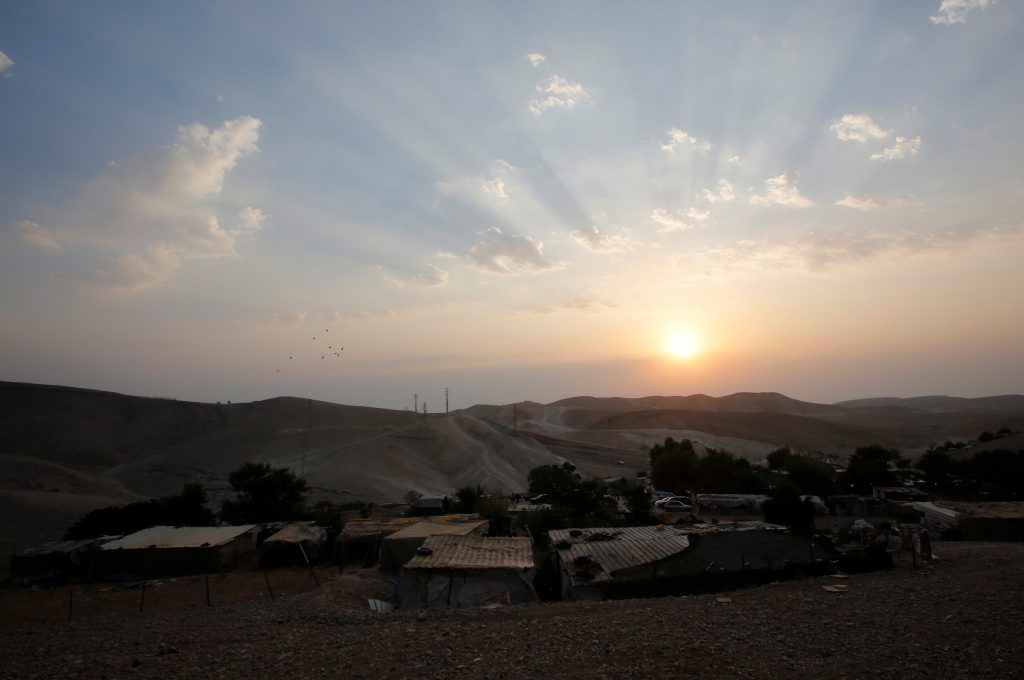 Although Israel’s relations with the Palestinian Authority and its activities in Yehudah and Shomron will be on the agenda, Merkel will not be meeting with PA officials, The PA had demanded a meeting with Merkel to discuss the situation in PA-controlled areas in general, and specifically to discuss the impending demolition of the illegal Bedouin settlement of Khan al-Ahmar, outside Maale Adumim east of Yerushalayim. Last week, the High Court gave its final authorization for the demolition of the site.

The government had given the Bedouins until October 1st to vacate the site willingly, or to face forced eviction. PA officials have been appealing to European leaders to lean on Israel to forgo the demolition, and announced that they would demand a meeting with Merkel on the matter. That meeting will not take place, but government sources told Ha’aretz that no evictions or demolitions would take place while Merkel was in the country, although the October 1st deadline has passed. Merkel is, however, expected to raise the topic with Netanyahu, and appeal to him not to move forward with the evictions and demolition.

This will be the seventh visit to Israel for the German leader, who has been in office for 13 years. Meetings between Israeli and German leaders have become an annual event, usually taking place in the early fall, with each leader alternating in visiting the other country; Netanyahu visited Merkel in Germany last year. Police said that numerous roads and highways, as well as local streets in Yerushalayim, would be closed at various times Wednesday night and Thursday to accommodate Merkel’s entourage.