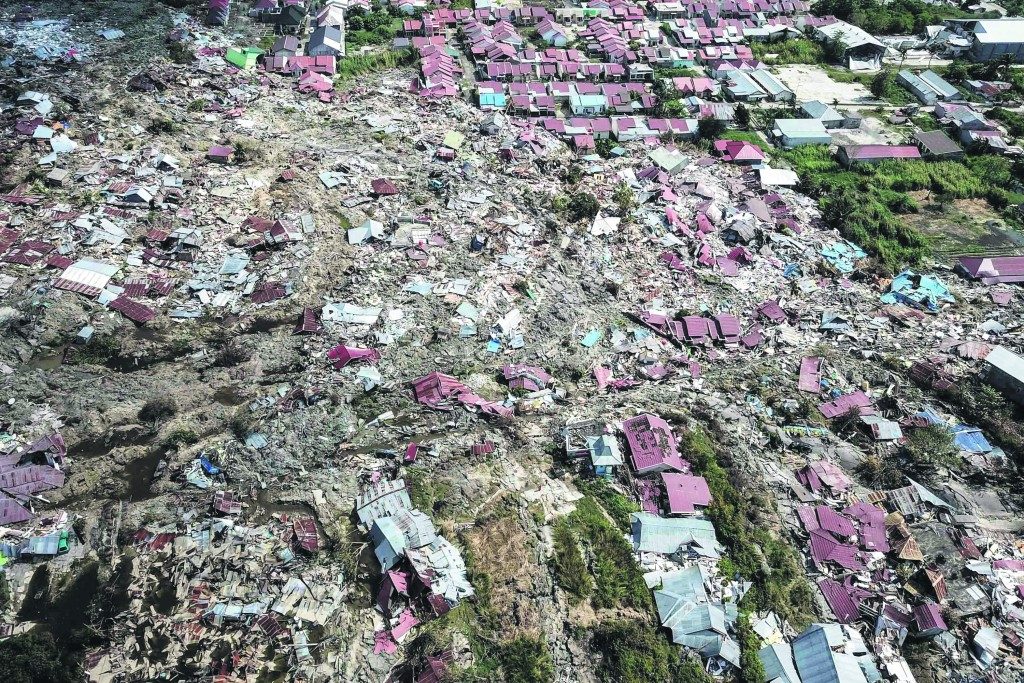 Time was running out on Wednesday morning (local time) for anyone trapped in the rubble of a devastating earthquake and tsunami in Indonesia, five days after disaster struck, while increasingly angry survivors waited for an aid operation to move into high gear.

The official death toll from the 7.5 magnitude quake that struck the west coast of the island of Sulawesi last Friday stood at 1,234, many killed by tsunami waves triggered by the quake.

But officials fear the toll could soar, as most of the confirmed dead have come from Palu, a small city 930 miles northeast of Jakarta, and losses in remote areas largely cut off since Friday have yet to be determined.

“We hope the death toll does not rise,” Sutopo Purwo Nugroho, spokesman of the National Disaster Mitigation Agency, said late on Tuesday. “We’re continuing rescue operations but right now the team is racing against time.”

President Joko Widodo called on Tuesday for reinforcements in the search for survivors, saying everyone had to be found.

Nugroho said rescuers had reached all four of the badly affected districts, which together have a population of 1.4 million, but he declined to give an estimate of casualties.

He gave few details of the conditions rescuers had found, saying they were similar to those in Palu.

The quake brought down hotels, shopping malls and countless houses in Palu, while tsunami waves as high as 20 feet scoured its beachfront shortly afterwards.

About 1,700 houses in one neighborhood were swallowed up by ground liquefaction, which happens when soil shaken by an earthquake behaves like a liquid, and hundreds of people are believed to have perished, the disaster agency said.

More than 65,000 homes were damaged and more than 60,000 people have been displaced and are in need of emergency help.

But supplies are tight.

“Logistics, fuel are still limited,” Nugroho said. “We need quite a lot of tents. Food, drinks, clean water and sanitation facilities are very much needed.”

The government has ordered that aid be airlifted in, but there was little sign of help on Palu’s shattered streets and survivors appeared increasingly desperate.

Police have done little to stop outbreaks of looting. The government has played down the problem, saying victims could take essentials and shops would be compensated.

But Widodo, who will seek re-election next year, is likely to face a growing chorus of questions if conditions do not improve quickly.

The government has said it would accept offers of international aid, after shunning outside help earlier this year when an earthquake struck Lombok island.

“There is still limited information about the full extent of the disaster and it is difficult to get aid and people into the affected areas,” Jens Laerke, a spokesman for the main U.N. aid coordinating agency, OCHA, said in Geneva on Tuesday.

Humanitarian agencies had been in communication with the government and were ready to help, he said.

“With so many people having lost all their possessions and homes and with many basic services down, there is an immediate need for food, clean water, shelter, medical care and psycho-social support.”

President Donald Trump extended condolences in a phone call with Widodo, State Department spokeswoman Heather Nauert told reporters in Washington. The United States has provided initial funding, deployed government disaster experts and was working to determine what other help can be given, she said.

Sitting on the seismically active Pacific Ring of Fire, Indonesia has been struck by devastating earthquakes and tsunamis before. A quake in 2004 triggered a tsunami across the Indian Ocean that killed 226,000 people in 13 countries, including more than 120,000 in Indonesia.

Widodo said on Tuesday a tsunami warning system set up after that disaster, which has been out of action since 2012, had to be repaired and properly maintained.