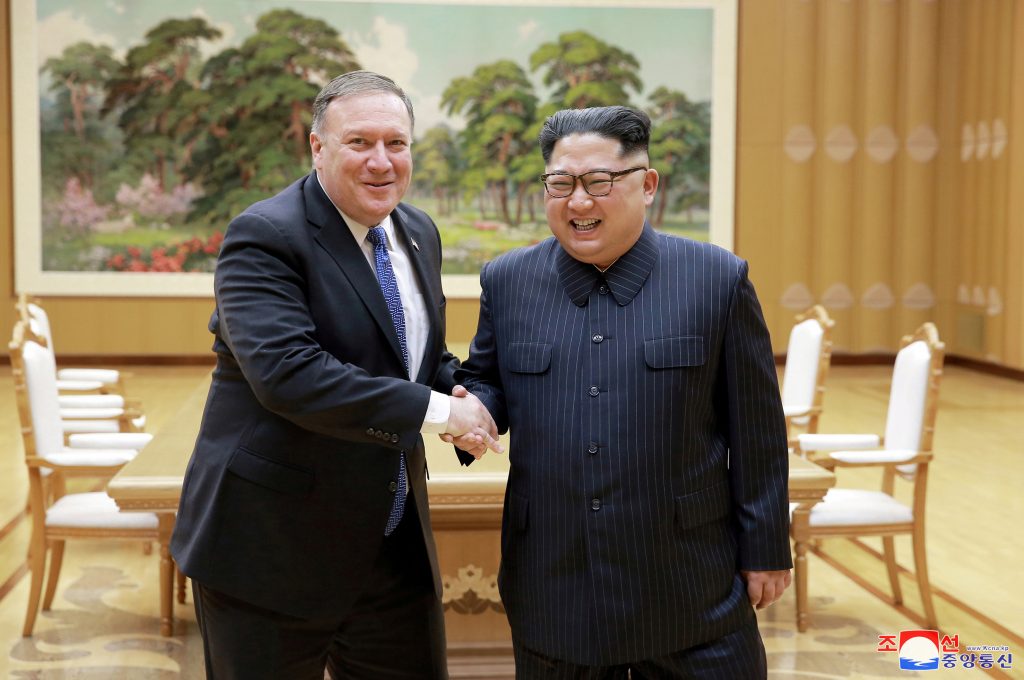 Secretary of State Mike Pompeo will travel to Pyongyang on Saturday to try to further denuclearization talks with North Korean leader Kim Jong Un, the State Department said on Tuesday.

“I think it shows forward progress and momentum that the secretary is making his fourth trip back in less than a year,” Nauert said. “Of course, we have quite a ways to go but we look forward to the next steps in this conversation,” she added.

Pompeo’s visit comes ahead of a planned second summit between Kim and President Donald Trump. The invitation to return to Pyongyang to discuss North Korean denuclearization efforts was made during a meeting with North Korean Foreign Minister Ri Yong Ho amid U.N. sessions last week.

Nauert said the meetings in Japan, South Korea and China were intended to brief counterparts on the talks in Pyongyang.

Kim has committed to give up his country’s nuclear weapons although his actions have fallen short of Washington’s demands for a complete inventory of North Korea’s weapons programs and irreversible steps to give up a nuclear arsenal that potentially threatens the United States.