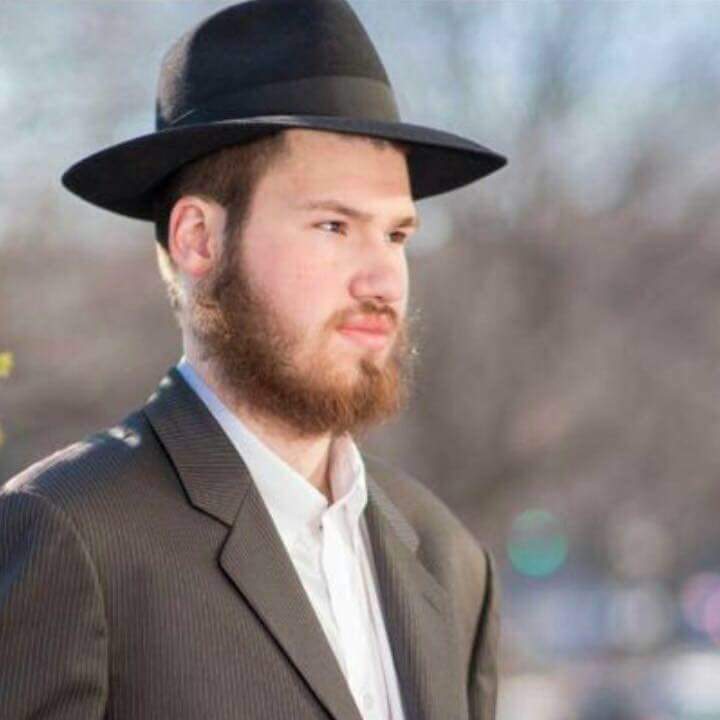 UPDATE: According to Colive.com,  the Jewish United Fund/Jewish Federation of Metropolitan Chicago is offering a $10,000 reward.

Eliyahu Moscowitz, a 24-year-old Chabad bachur from Chicago, was murdered in a shooting on Monday, Simchas Torah evening.

Eliyahu was shot at about 10:20 p.m. Monday on the Loyola Park path near Lunt Avenue, Chicago police said.

Chicago police said a masked gunman appears to be targeting people in the city’s Roger’s Park neighborhood at random following the second fatal shooting in the neighborhood in two days.

Police are investigating the shooting as connected to the fatal shooting of a 73-year-old man, who was fatally shot in the head Sunday morning.

Police released a surveillance picture showing the shooter dressed entirely in black , his face covered by a ski mask in an evident effort to keep his identity concealed.

The two victims appear to have been chosen at random. No connection between the two men has been found. In both shootings, none of the victims’ belongings were taken.

The FBI and ATF joined the investigation Tuesday night.

“People will go about their daily lives. But we want it to be done in a safe way. A smart and vigilant way,” said Mayor Rahm Emanuel.

Eliyahu was from a prominent Chabad family in Chicago. He served as a mashgiach kashrus in Jewel-Osco, the major grocery store in Chicago.

“This is a terrible loss for the Chicago community,” a friend told COLlive.

He is survived by, lhbch”l, his parents, Rabbi Mendel and Chanie Moscowitz of Chicago, IL, and grandparents Rabbi Efraim and Tzivia Moscowitz – Chicago, IL and Mrs. Miriam Nemanow (wife of R’ Moshe, z”l) – Crown Heights, as well as his siblings.

He was predeceased by his brother Levi Yitzchok Moscowitz, z”l, in 2015.