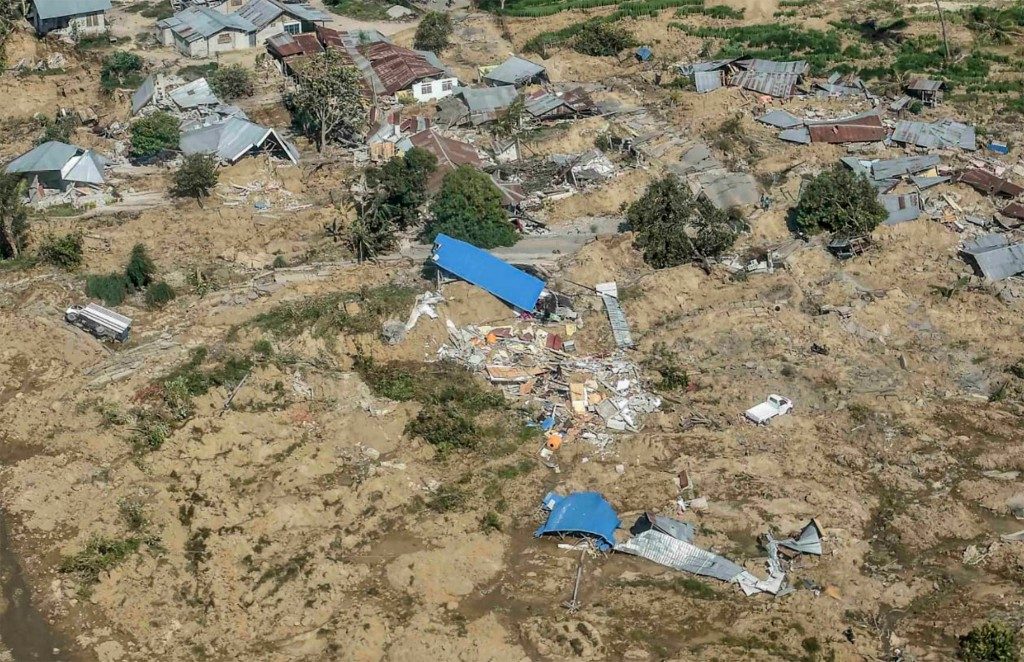 More than 400 people were confirmed killed, many swept away as tsunami waves triggered by a massive earthquake crashed into the Indonesian island of Sulawesi, and authorities expected the toll to rise sharply on Sunday as news arrives from remote areas.

Dozens of people were reported to be still trapped in the rubble of a hotel in the city of Palu, which was hit by waves as high as 18 feet following the 7.5 magnitude earthquake.

Hundreds had gathered for a festival on the city’s beach when the wall of water smashed onshore at dusk on Friday, sweeping many to their deaths and destroying anything in its path. Indonesian President Joko Widodo was scheduled to visit evacuation centres in the city on Sunday.

The Head of the National Disaster Management Agency (BNPB), Willem Rampangilei, told reporters in Sulawesi late on Saturday that the death toll from Palu had reached 420 people, according to news website Kompas.

“It’s estimated that 10,000 refugees are scattered in 50 points in Palu city,” he was quoted by Kompas as saying. “We are having difficulty deploying heavy equipment to find victims under the rubble of buildings because many of the roads leading to Palu city are damaged.”

Earlier authorities had put the death toll at 384.

BNPB spokesman Sutopo Purwo Nugroho told a briefing in Jakarta the damage was “extensive” and said thousands of houses, hospitals, shopping malls and hotels had collapsed. A bridge was washed away and the main highway to Palu was cut off due to a landslide.

“The tsunami didn’t come by itself, it dragged cars, logs, houses, it hit everything on land,” Nugroho said, adding that the tsunami had travelled across the open sea at speeds of 500 mph before striking the shoreline.

Nugroho said that casualties and damage could be greater along the coastline for 200 miles north of Palu, an area called Donggala, which is closer to the epicentre of the quake.

Communications “were totally crippled with no information” from Donggala, Nugroho said.

“We’re now getting limited communications about the destruction in Palu city, but we have heard nothing from Donggala and this is extremely worrying. There are more than 300,000 people living there,” the Red Cross said in a statement, adding that its staff and volunteers were heading to the affected areas. “This is already a tragedy, but it could get much worse.”