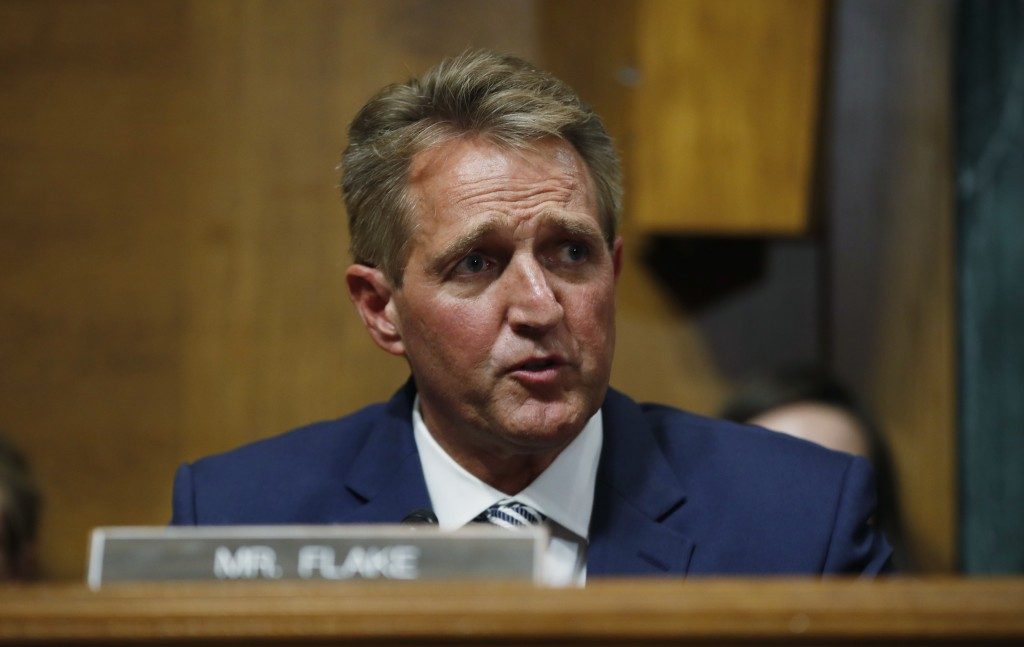 The Senate Judiciary Committee voted 11-10 on a party-line basis to advance the nomination of Judge Brett Kavanaugh as U.S. Supreme Court justice, but a swing senator is seeking a one-week delay in a floor vote.

In a dramatic turn of events Friday, Sen. Jeff Flake (R-Ariz.), the only possible Republican holdout on the committee, said he would vote to advance the nomination, but that he would not vote yes in the full Senate unless the FBI is allowed to conduct a week-long investigation of allegations against Kavanaugh.

Flake had said Friday morning that he would vote to advance the nomination. But just before the committee vote, which was delayed for 20 minutes due to reported tense discussions between Flake and Democrats, Flake said he would not proceed with floor action – previously scheduled to begin Saturday – unless the FBI is given a week to conduct an investigation into the allegations, “limited in time and scope.”

Two moderate Republicans – Sens. Susan Collins of Maine and Lisa Murkowski of Alaska – still have not indicated how they would vote. Two moderate Democrats – Sens. Heidi Heitkamp of North Dakota and Joe Manchin of West Virginia, have also not said how they would vote. If Flake votes yes, Republicans would need just one of those four moderates to vote yes, for Kavanaugh to be confirmed.