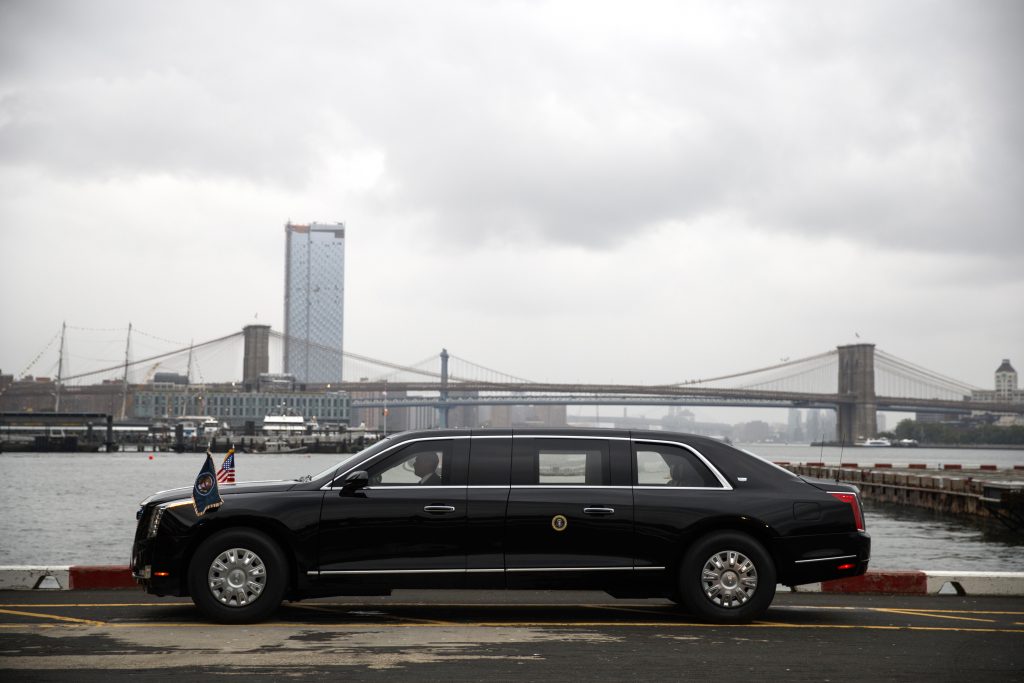 President Donald Trump is riding around in a new set of wheels.

A sleeker version of the armored presidential limousine known as “The Beast” is ferrying Trump around midtown Manhattan, where he’s attending the annual U.N. General Assembly session.

The U.S. Secret Service says the 2018 Cadillac was added to the fleet of presidential limos last week.

The agency says the new Cadillac continues its legacy of providing “state-of-the-art technology and performance to its protective mission.”

No other details were released.