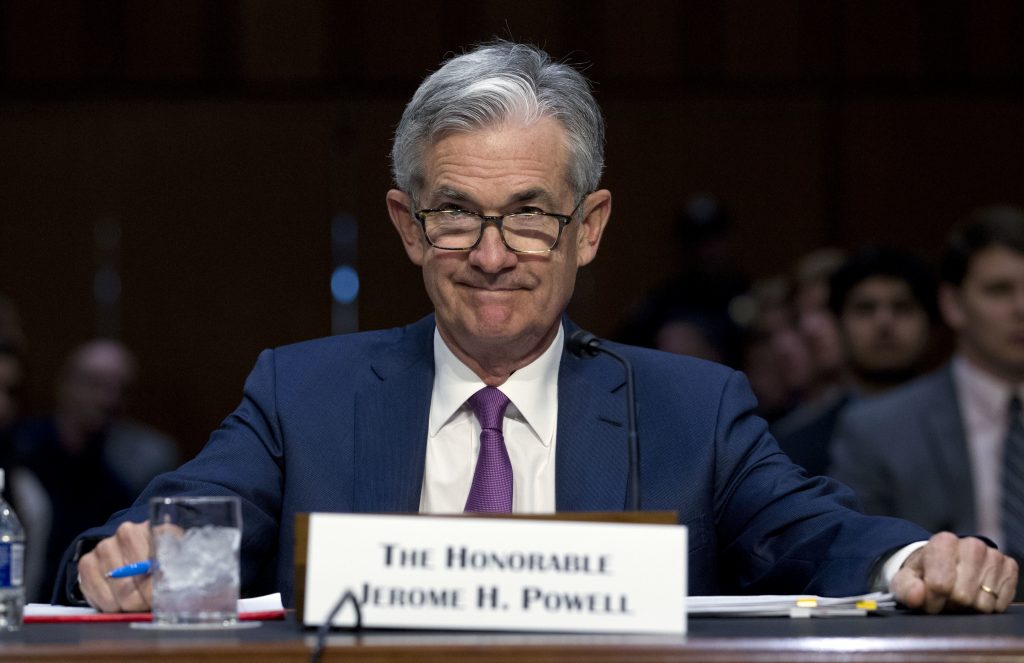 The Federal Reserve raised interest rates on Wednesday and left intact its plans to steadily tighten monetary policy, as it forecast that the U.S. economy would enjoy at least three more years of growth.

In a statement that marked the end of the era of “accommodative” monetary policy, Fed policymakers lifted the benchmark overnight lending rate by a quarter of a percentage point to a range of 2.00 percent to 2.25 percent.

The U.S. central bank still foresees another rate hike in December, three more next year, and one increase in 2020.

That would put the benchmark overnight lending rate at 3.4 percent, roughly half a percentage point above the Fed’s estimated “neutral” rate of interest, at which rates neither stimulate nor restrict the economy.

That tight policy stance is projected to stay level through 2021, the time frame of the Fed’s latest economic projections.

“The thing that folks were watching for, which they went ahead and did, was remove the word ‘accommodative’ in regard to their monetary policy,” said Michael Arone, chief investment strategist at State Street Global Advisors.

“It does seem to potentially indicate they believe monetary policy is becoming less accommodative and getting more towards that neutral rate.”

Fed Chairman Jerome Powell said the removal of the wording, which had been a staple of the central bank’s guidance for financial markets and households for much of the past decade, did not signal a policy-outlook change.

“Instead, it is a sign that policy is proceeding in line with our expectations,” Powell, who took over as head of the Fed earlier this year, said in a press conference after the release of the statement.

The Treasury yield curve flattened and the dollar briefly weakened against a basket of currencies. U.S. stocks initially extended gains but fell later in the trading session, with bank and financial stocks getting hit hard.

The Fed sees the economy growing at a faster-than-expected 3.1 percent this year and continuing to expand moderately for at least three more years, amid sustained low unemployment and stable inflation near its 2-percent target.

“The labor market has continued to strengthen … economic activity has been rising at a strong rate,” it said in its statement.

The Fed inserted no substitute language for the dropped ‘accommodative’ wording in its statement. That wording had become less and less accurate since the central bank began increasing rates in late 2015 from a near-zero level, and its removal means the Fed now considers rates near neutral.

Powell declined to say whether Fed policymakers had discussed President Donald Trump’s criticism of the central bank. Last month, Trump expressed his displeasure about rising rates and said the Fed should do more to boost the economy.

“We don’t consider political factors or things like that,” the Fed chief said.

Later Wednesday, Trump, in New York for the U.N. General Assembly, said he was unhappy about the interest-rate hike.

Wednesday’s rate hike was the third this year and the seventh in the last eight quarters. Ahead of Wednesday’s statement, traders put the chance of a rate increase at 95 percent, according to CME Group.

The Fed’s latest projections show the economy continuing at a steady pace through 2019, with gross domestic product growth seen at 2.5 percent next year before slowing to 2.0 percent in 2020 and to 1.8 percent in 2021, as the impact of recent tax cuts and government spending fade.

Inflation was forecast to hover near 2 percent over the next three years, while the unemployment rate is expected to fall to 3.5 percent next year and remain there through 2020 before rising slightly in 2021.

The jobless rate is currently 3.9 percent.

With risks described as roughly balanced, the statement left the Fed on a steady course for the next year.

Risks to the current run of economic growth, such as the threat of a damaging round of global tariff increases, were largely set aside.

There were no dissents in the Fed’s policy statement.