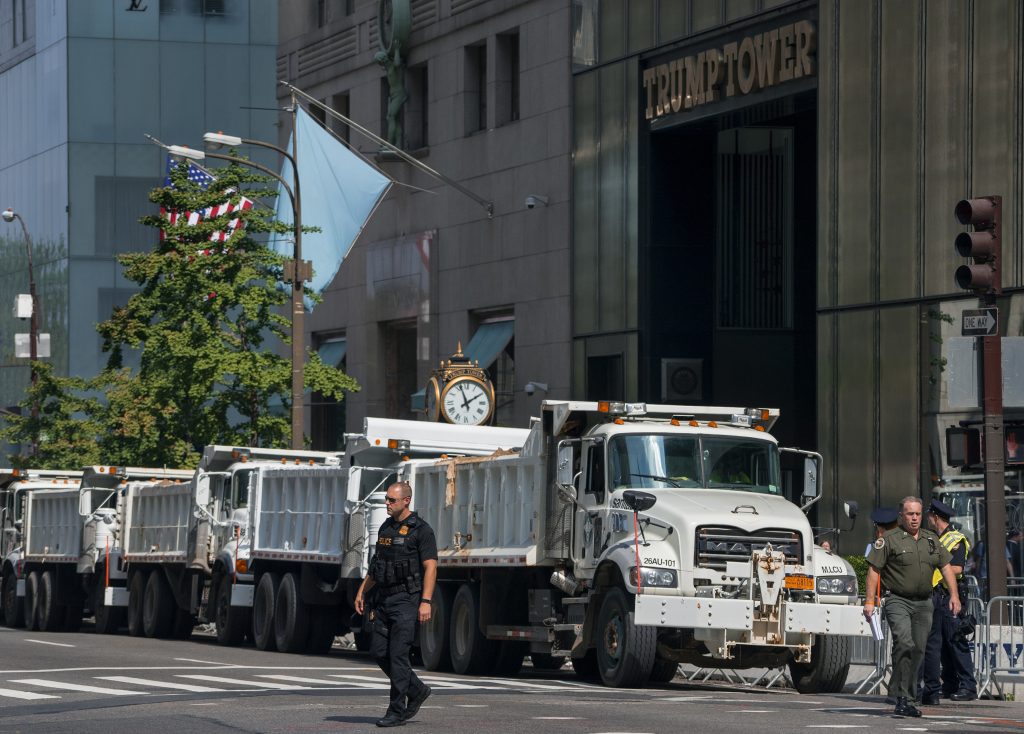 Though there’s been no credible threats against the event, the security concerns are so broad that the New York Police Department has considered how it would stop assassins armed with poison or killer drones.

The NYPD’s main line of defense will be thousands of extra police officers flooding the streets as part of a carefully coordinated effort with the Secret Service and other federal and local law enforcement agencies to protect both the United Nations and Trump Tower in midtown Manhattan, said Police Commissioner James O’Neill.

“Since the end of last year’s General Assembly, we’ve been planning how to best protect the various sites and all the people inside them, while also minimizing the impact on New Yorkers,” O’Neill said at recent news conference at a command center at police headquarters.

The 73rd Session of the General Assembly began on Sept. 18, but the higher-level meetings start Monday.

The security arsenal features police boats patrolling the East River near the U.N., aviation units overhead and teams of officers trained to respond to chemical, biological and other potential terror threats. About 50 city Department of Sanitation dump trucks filled with sand and 230 concrete barriers will be positioned at intersections and other strategic locations to guard against car or truck attacks like the one last year that killed eight people on a bike path in Lower Manhattan.

Police said other preparations have included consulting with British authorities about the poisoning of a former Russian spy there earlier this year by way of a weapons-grade nerve agent. British officials say the attack was carried out by Russian operatives.

Maduro said this past week that he may have to suspend a planned trip to the United Nations because of concerns his opponents would try to kill him if he travels abroad. But the NYPD is expecting more than 200 other world leaders to show up, all needing to move around the city in motorcades with police escorts.

Those foreign dignitaries flying state aircraft into New York’s Kennedy Airport will be greeted with strict enforcement of security rules requiring the planes to depart within two hours of touching down. The crackdown comes after the indictment of an airport supervisor on charges he took bribes to let Qatar and other countries park their planes overnight during the gathering.

Trump is expected to arrive for a rare hometown visit and a possible stay at Trump Tower, his longtime home he has rarely visited since becoming president. Outside the skyscraper, police plan to set up a series of barriers and security checkpoints.

Police said they expect more than 60 demonstrations outside the United Nations, foreign consulates and Trump Tower at various times during the week.

The bad news for motorists: Officials say all the activity will cause worse gridlock than the traffic jams during the Thanksgiving Day Parade, and the end of year celebration in Times Square.

Authorities said they hadn’t calculated the cost of the security operation. But they said there’s been a $20 to $30 million bill for past General Assemblies, and that the federal government covers most of it.