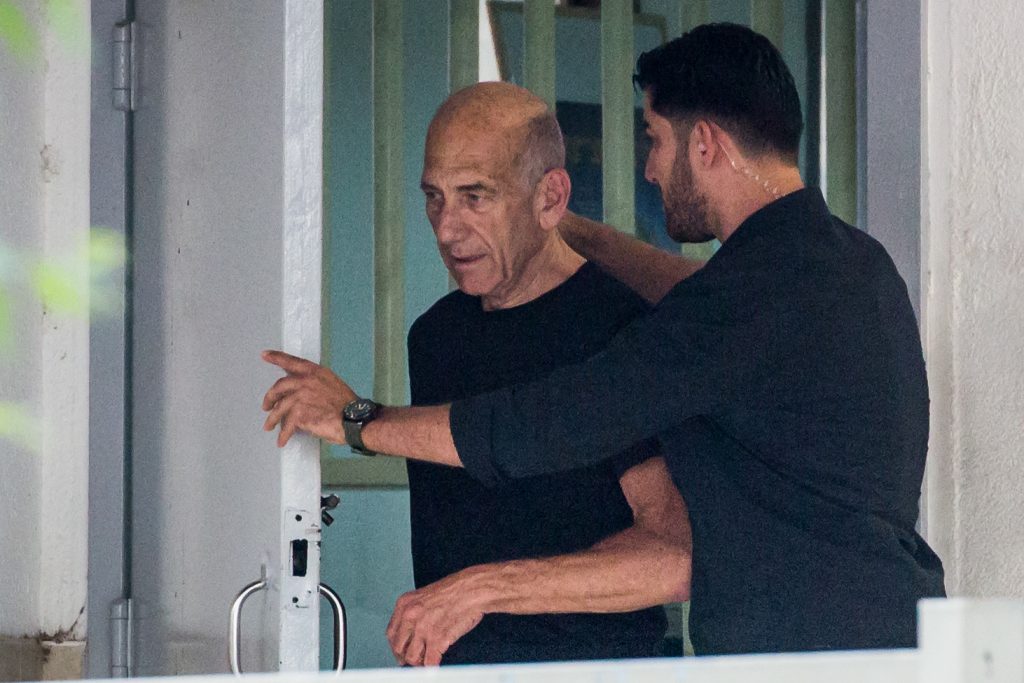 Officials in the Likud and on the right slammed former Prime Minister Ehud Olmert for meeting with Palestinian Authority chief Mahmoud Abbas in Paris on Friday. Olmert “offered Abbas in the past the Kosel, and now he has become his loyal spokesperson,” a senior Likud source told Maariv on Motzoei Shabbos. “The U.S. and even many Arab countries have come to realize that Abbas is the true obstacle to peace.”

Deputy Minister Michael Oren (Kulanu) said that “the meeting between Olmert and Abbas would be considered a federal crime in the United States and the former Prime Minister would get ten years in prison. This is a violation of all democratic principles. Israel desperately needs its own version of the Logan Act,” which makes it illegal for unauthorized persons to negotiate disputes with foreign governments. “I intend to legislate this law,” he added.

“It is sad to see the former Prime Minister serving the interests of the Palestinians and working against the interests of Israel, and of the United States,” said Public Security Minister Gilad Erdan. “He is causing damage to Israel. After President Trump and his administration has come to realize that it is Abbas who incites and resists peace, and advances boycotts of Israel, Olmert, who is disassociated from the truth and from reality, comes along and stands besides the inciter Abbas.” Science Minister Ofer Akunis said that “after Abbas shamed Olmert, refusing to even acknowledge his sad offer to establish a Palestinian state in all of Yehudah and Shomron, with its capital in Yerushalayim, Olmert is now spreading lies against Israel’s elected government. It is Abbas who ran away from talks in 2011, and since then has refused to return. Olmert is living in the past decade, embracing the two-state solution that even Washington no longer holds by.”

At the meeting, Olmert, who was recently received from prison after serving over a year on corruption charges, praised Abbas as “having proven that he is committed to the two state solution. It is important that Israelis understand this. I call the chairman a friend of mine, and we both believe that an agreement can be achieved.” Olmert added that Western countries understand that the two state solution is the only viable one, and that Abbas is the only partner who can achieve this.

Abbas was in France to meet with European leaders, seeking to get their backing for his positions after the U.S. essentially declared him persona non grata in recent weeks over his refusal to return to the bargaining table. Abbas met with French President Emmanuel Macron, declaring that it was not he, but Israel, that had refused to negotiate. “We are ready to sit for any negotiations, closed or open,” said Abbas. “I made my position clear to President Macron and he will inform President Trump of this at the UN General Assembly in New York.”