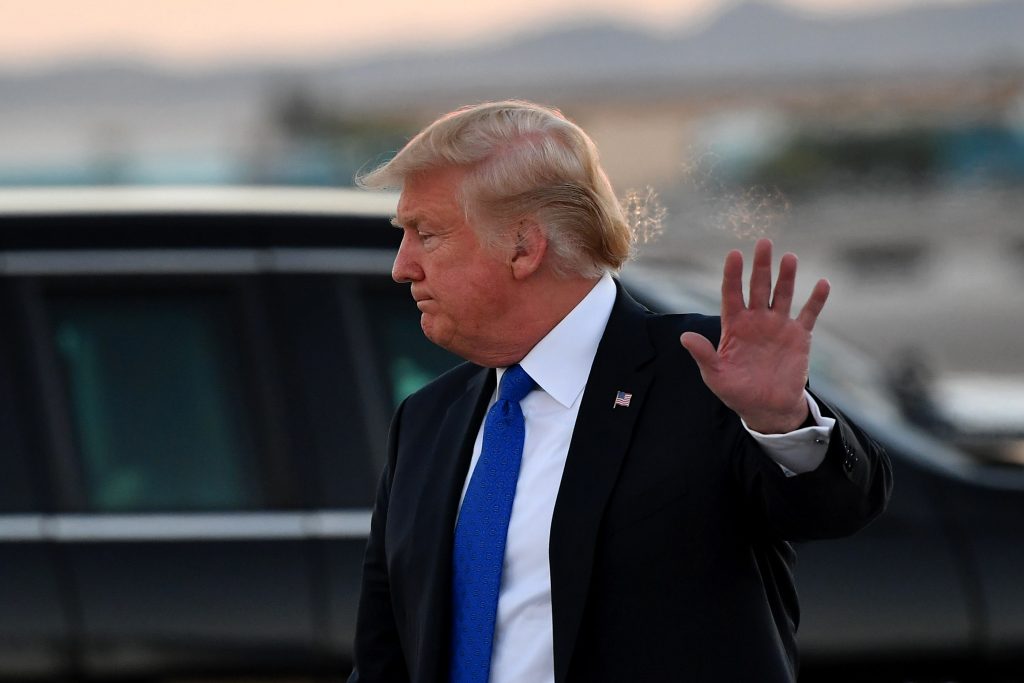 President Donald Trump on Friday walked back his order earlier this week to declassify information in the ongoing probe into Russian interference in the 2016 election, saying Justice Department officials and others had convinced him not to declassify it for the time being.

The retreat from his declassification decree issued just four days ago underscores the ongoing tensions between the White House and the Justice Department over the probe by special counsel Robert Mueller, who is examining whether any Trump associates may have conspired with the Kremlin to interfere in the election.

In a pair of Friday morning tweets, Trump said: “I met with the DOJ concerning the declassification of various UNREDACTED documents. They agreed to release them but stated that so doing may have a perceived negative impact on the Russia probe. Also, key Allies’ called to ask not to release. Therefore, the Inspector General has been asked to review these documents on an expedited basis. I believe he will move quickly on this (and hopefully other things which he is looking at). In the end I can always declassify if it proves necessary. Speed is very important to me – and everyone!”

His reversal was preceded by a series of conversations between White House lawyer Emmet Flood and senior law-enforcement and intelligence officials – chief among them deputy attorney general Rod Rosenstein, according to people familiar with the discussions, who spoke on condition of anonymity to discuss internal deliberations.

Flood had been engaged in those discussions for weeks, but the pace and intensity of the talks picked up considerably after the president’s declassification announcement earlier this week, these people said.

Trump was also swayed by foreign allies, including Britain, in deciding to reverse course, these people said. It wasn’t immediately clear what other governments may have raised concerns to the White House.

On Monday, the president ordered the Justice Department to declassify significant materials from the Russia investigation, a move that threatened another showdown with federal law-enforcement officials resistant to publicizing information from an ongoing probe.

The White House issued a statement Monday saying Trump was ordering the department to immediately declassify portions of the secret court order to monitor former campaign adviser Carter Page, along with all interviews conducted as officials applied for that authority.

For months, some lawmakers have been calling on the department to release Russia-related and other materials, many of them accusing law enforcement of hiding information that might discredit the Mueller investigation. Those calls were amplified by Fox News hosts, whom the president had previously cited as influencing his decision.

The president’s declaration on Friday appears to indicate he is willing to let the Justice Department’s inspector general – which is already conducting an internal investigation of how the Russia probe has been handled – review the material rather than release it publicly.

“Thankfully it seems that saner minds have prevailed, at least for the time being,” said Sen. Mark Warner, D-Va. “This underscores why the President should be relying on the expertise and advice of intelligence and law-enforcement professionals, not cable news hosts.”