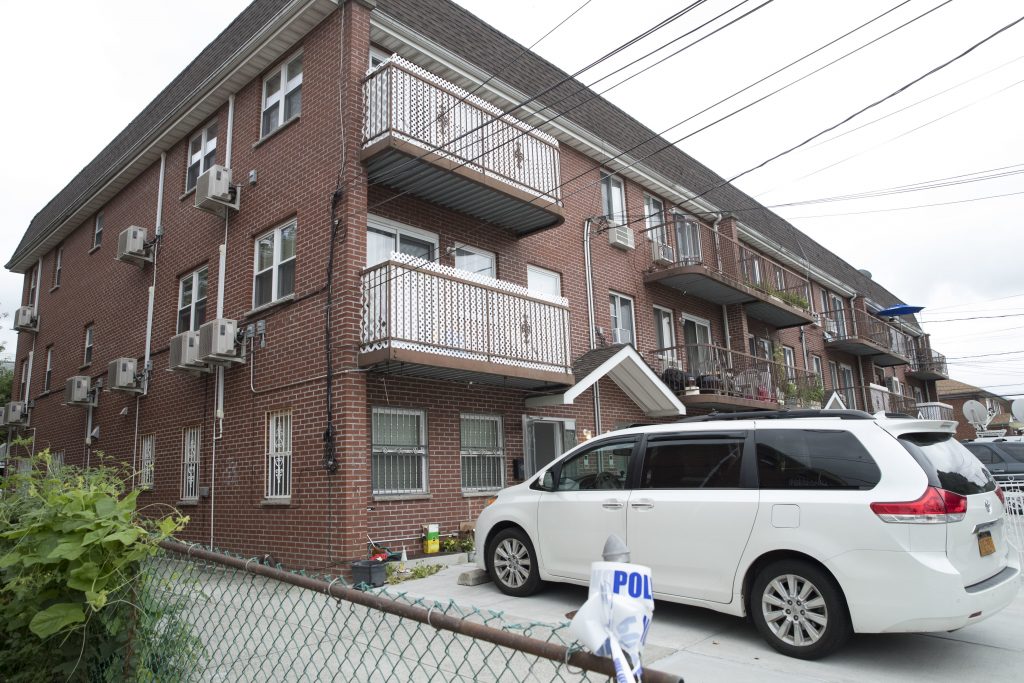 Five people — including three newborn babies — were stabbed at an overnight day-care center inside a Flushing, Queens, home early Friday, and a woman who had slashed her wrist and was found in the basement was taken into custody, police said. The victims are all expected to survive.

The attack happened just before 4 a.m. Victims included three newborn girls, the father of a child at the center and a woman who worked there.

A 52-year-old woman who had cut herself was in custody at a hospital.

No immediate charges were filed, and police said the motive was under investigation.

A butcher knife and meat cleaver were found at the scene.