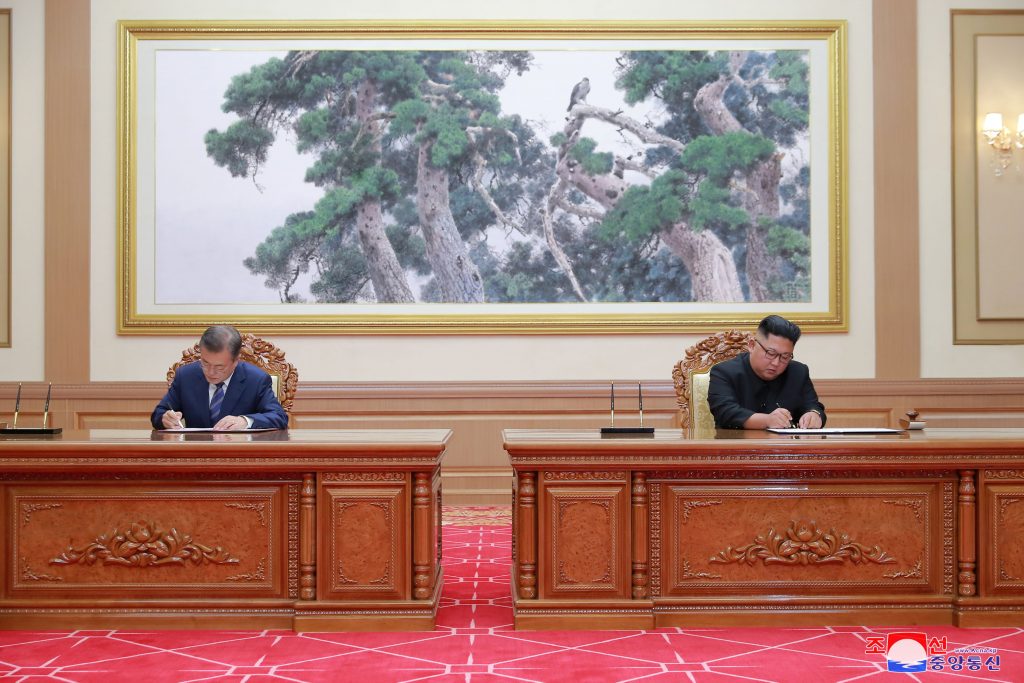 Kim, who recently proposed the second meeting with Trump after their unprecedented June summit in Singapore, added that declaring a formal end to the 1950-53 Korean War would prompt rapid further steps by the North to abandon its nuclear and missile programs, Moon said.

“Chairman Kim expressed his wish that he wanted to complete denuclearization quickly and focus on economic development,” Moon told a news conference in Seoul, describing his three-day summit with Kim in the North’s capital of Pyongyang.

“He said he hoped [U.S. Secretary of State] Mike Pompeo would visit North Korea soon, and also [that] a second summit with Trump would take place in the near future, in order to move the denuclearization process along quickly,” Moon said.

Kim pledged to work toward the “complete denuclearization of the Korean Peninsula” during two meetings with Moon this year and at his summit with Trump, but talks on how to implement the vague commitments have since faltered.

Washington has demanded concrete action, such as a full disclosure of North Korea’s nuclear and missile facilities, before agreeing to Pyongyang’s key goals, including an easing of international sanctions and an official end to the Korean War.

An end-of-war declaration would not affect the presence of U.S. troops and the United Nations Command in South Korea, Moon said, adding that Kim shared his view.

“It would be a political declaration that would mark a starting point for peace negotiations,” Moon said.

“A peace treaty would be sealed, as well as normalization of North Korea-U.S. relations, after the North achieves complete denuclearization.”

Representatives for the White House and the U.S. State Department did not immediately respond to a request for comment.