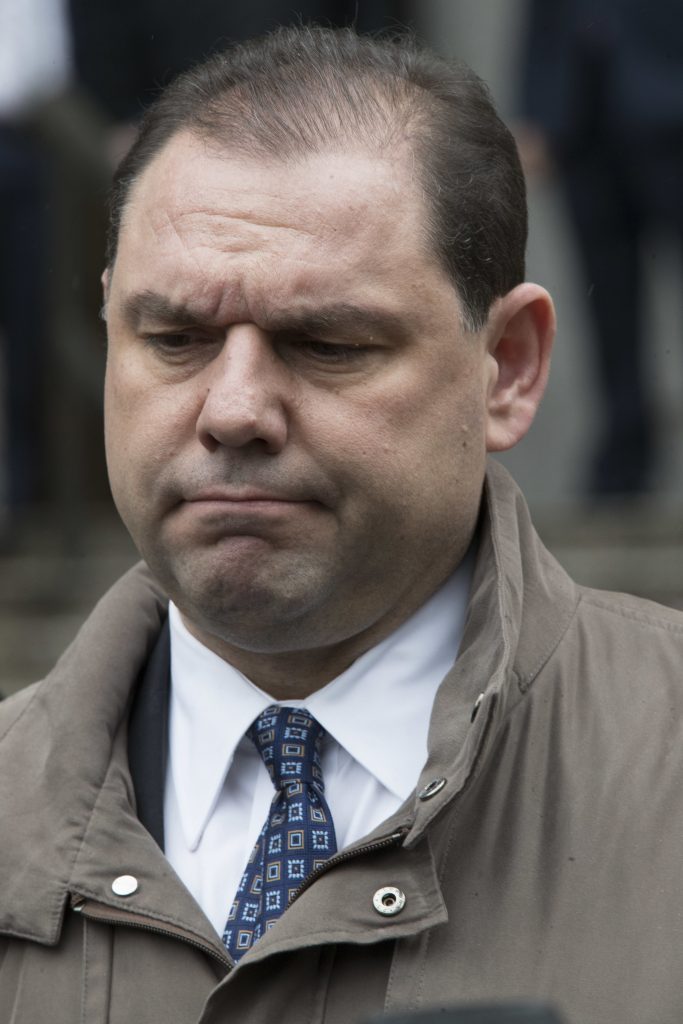 A former top aide to New York Gov. Andrew Cuomo has been sentenced to six years in prison for fraud and accepting bribes. Joseph Percoco was sentenced Thursday by a federal judge in New York City.

U.S. District Judge Valerie Caproni said she hoped the sentence would be heard in the state capital.

Prosecutors say Percoco and his family accepted more than $300,000 in bribes from companies that wanted to gain influence with the Cuomo administration.

Percoco was convicted in March of accepting more than $300,000 from companies that wanted influence with the Cuomo administration. He was acquitted of extortion and a bribery count.

Cuomo, a Democrat, wasn’t accused of wrongdoing, but testimony presented an unflattering picture of the inner workings of his office.

The governor wasn’t charged in the case and denied any knowledge of Percoco’s influence peddling. However, trial testimony presented an unflattering picture of the inner workings of his office.