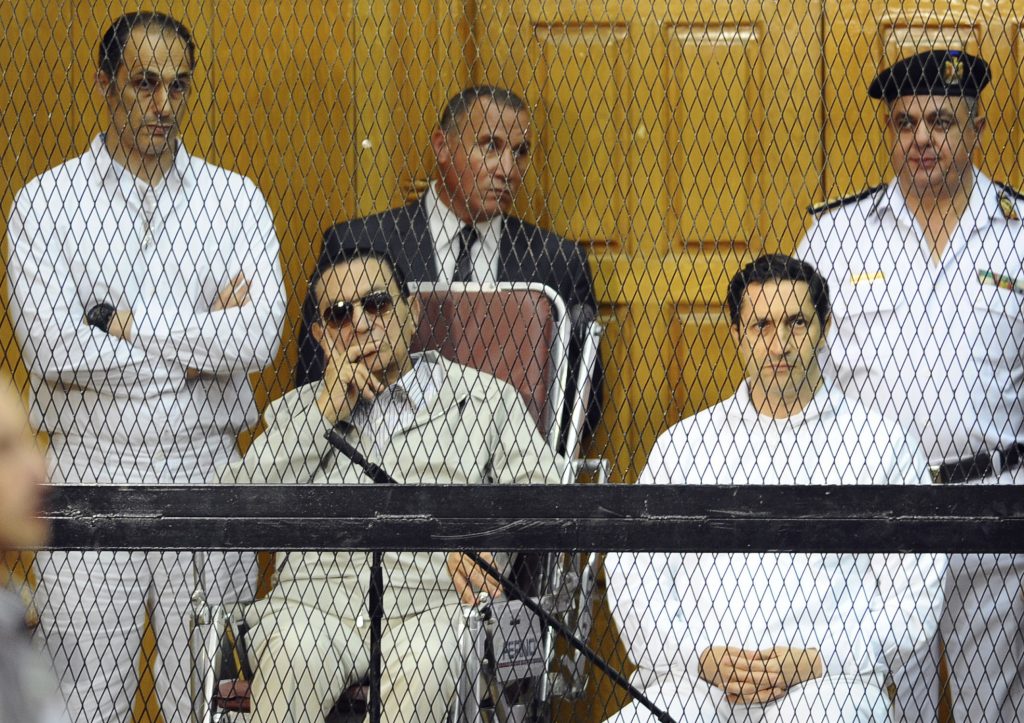 An Egyptian court on Thursday ordered the release from detention of former president Hosni Mubarak’s two sons, who are on trial on insider-trading charges.

A court last week ordered the detention of the two — wealthy businessman Alaa and one-time heir-apparent Gamal — before adjourning the hearings until Oct. 20.

The ruling to release them came just hours after an appeals court accepted a motion moved by their defense lawyers to remove the judge who ordered their detention Sept. 15. The lawyers argued that the ruling was “unreasonable” given that the defendants regularly attended hearings.

The Mubarak brothers along with their father were detained two months after a popular uprising forced the senior Mubarak to step down after 29 years in power. The trio were later sentenced to three years each for embezzling funds meant for maintenance of presidential palaces.

The sons were released in 2015 for time served. Mubarak was freed last year.