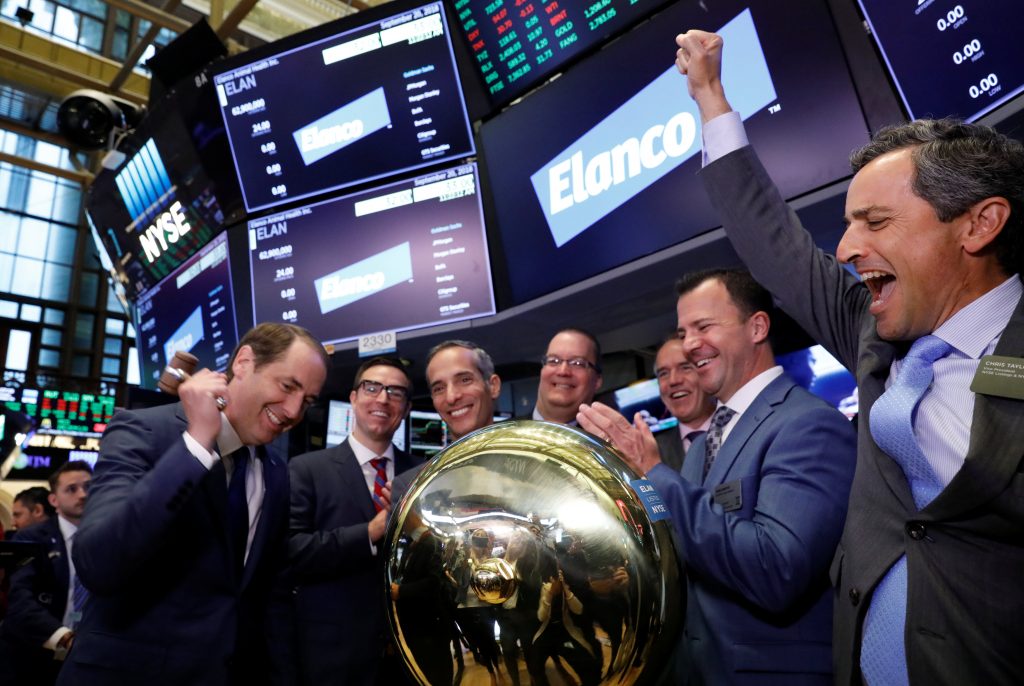 A wave of buying sent U.S. stocks solidly higher on Wall Street Thursday, pushing the Dow Jones Industrial Average above the all-time high it closed at in January.

The S&P 500, the benchmark for many index funds, was also above the peak it reached last month.

A weaker dollar and a mix of mostly encouraging economic reports helped put investors into a buying mood. Technology stocks, banks and health-care companies accounted for much of the rally.

ENCOURAGING DATA: Investors welcomed a batch of positive data on the economy. The Labor Department’s weekly tally of applications for unemployment aid was lower than expected, with claims slipping last week to 201,000. That’s the lowest level since November 1969.

An economic index from the Federal Reserve’s bank in Philadelphia also topped forecasts, and the Conference Board’s index of leading economic indicators, designed to anticipate economic conditions three to six months out, rose 0.4 percent last month. While that came in slightly below forecasts, it still suggests the economy is on sure footing, said Tracie McMillion, global head of asset allocation for Wells Fargo Investment Institute.

THE QUOTE: “With a (reading) that high it’s very unlikely that there’s a recession on the horizon,” McMillion said. “The U.S. market is responding to this foundation of economic strength. Pair that with a dollar that has started to depreciate a little bit and that’s good news for U.S. companies that trade abroad.”

TECH ON A TEAR: Some of the biggest gains went to technology companies. Oracle gained 2.9 percent to $50.86.

OVERHAUL GAINS: Under Armour jumped 6.3 percent to $19.94 after the athletic apparel company said it will cut 400 jobs, or 3 percent of its staff, and will spend more money on a restructuring plan.

DOES NOT COMPUTE: Red Hat slid 6.1 percent to $134.38 after the open-source software company’s sales disappointed investors.