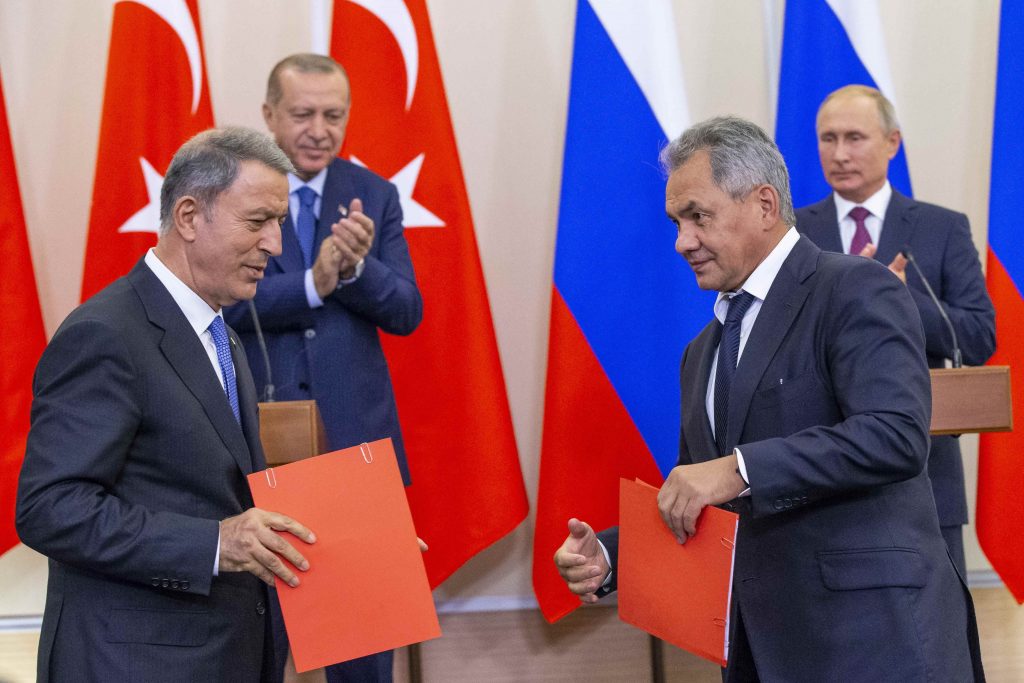 Russia and Turkey appeared Monday to avert a potential crisis in Syria’s Idlib province, announcing they would establish a “de-militarization zone” to separate rebels from Syrian government troops.

The announcement, at a joint press conference between Russian President Vladimir Putin and his Turkish counterpart, Recep Tayyip Erdogan, comes after weeks of speculation that an all-out government assault on the last opposition enclave would prompt a humanitarian catastrophe.

The details of the agreement were not spelled out Monday. But Putin said a zone of approximately 9-12 miles would be carved out for the Syrian opposition before Oct. 15. The zone would be free of both heavy weapons and more extreme elements of the armed insurgency, both leaders said. The zone would be patrolled by Turkish and Russian forces.

“The territory controlled by the Syrian opposition must be demilitarized,” Erdogan told reporters in the Russian town of Sochi. “But together with Russia, we will put our efforts into clearing those territories of radical elements,” he said, referring to al-Qaida-linked terrorists in Idlib.