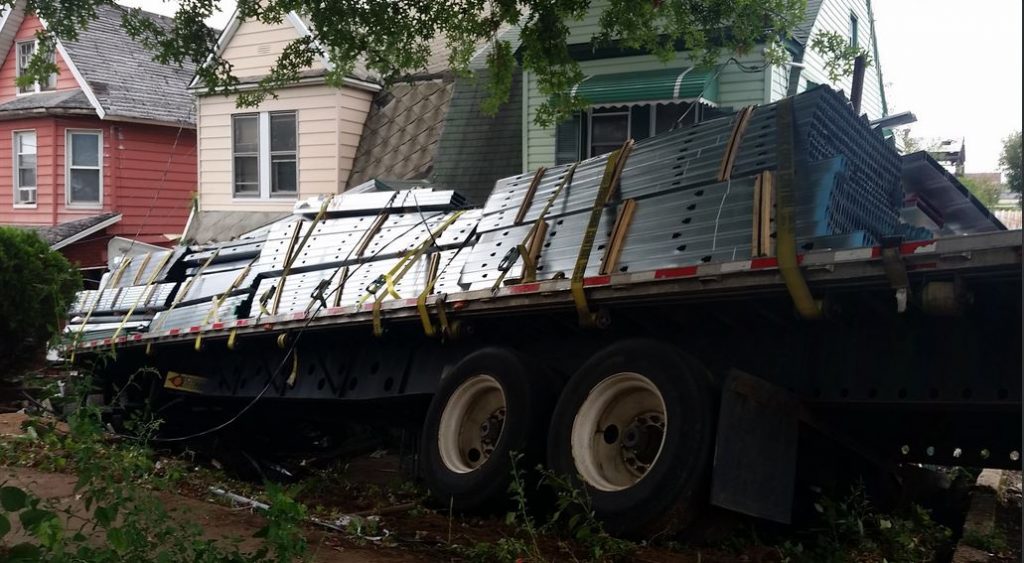 A tractor-trailer carrying metal construction material careened into a car and three homes on Staten Island after the driver was distracted while driving, the NYPD said.

The incident occurred shortly before 5:45 a.m. Monday, at 223 South Avenue. The truck driver, 54, was traveling northbound when he became distracted for a moment, and struck a parked vehicle. His truck then slammed into three homes.

The driver was taken to Richmond University Medical Center, in stable condition with neck and back pain.

Patricia Willis told WCBS that she awoke to a loud crash, and found the truck protruding into her living room. She says she saw the driver moving around in the cab; he then asked her to help him find his phone.

The NYPD says that no criminality suspected, and the investigation is ongoing.