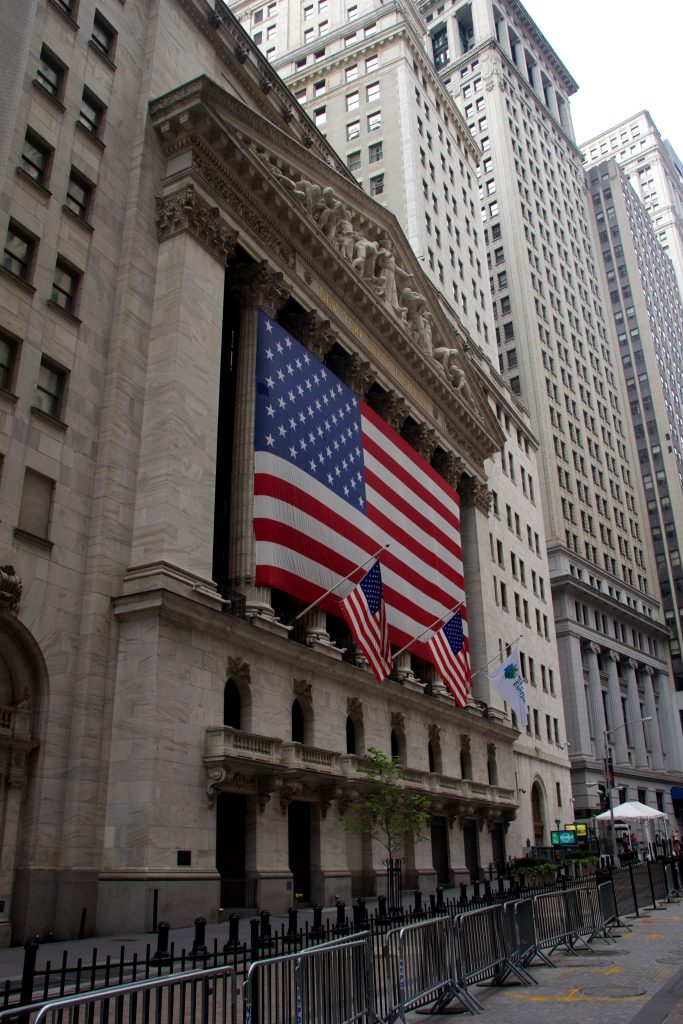 TARIFF JITTERS: The U.S. and China have imposed import taxes on $50 billion worth of each other’s products in a rumble over American allegations that Beijing uses predatory tactics to acquire technology know-how in an effort to overtake America’s global supremacy in tech. Over the weekend, news reports indicated that the White House was set to announce tariffs on $200 billion more in Chinese imports as soon as Monday. That would significantly escalate the trade war between the world’s two largest economies.

DATA PROBE: Amazon.com fell 2 percent to $1,930.59 after The Wall Street Journal reported that the online retail giant is investigating suspected bribes and data leaks of its employees.

TWEET THIS: Shares in Twitter fell 3.7 percent to $29 after an analyst cut the price target on the social media company.

TAKING OFF: Airlines and other industrial sector stocks posted solid gains as the dollar weakened. American Airlines Group rose 1.8 percent to $40.47, while Caterpillar gained 1.5 percent to $147.03.