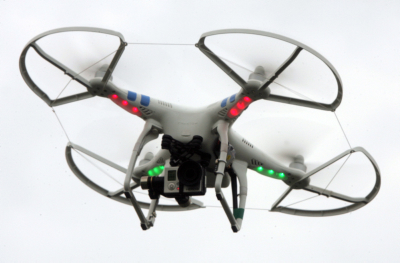 A drone or other small aircraft entered Israeli airspace from Gaza overnight Sunday, the IDF said in a statement early Monday, after several reports by residents of southern Israel that they had seen the object move over the Gaza border fence. Israeli forces were searching for the object, which is believed to have fallen somewhere near the border.

Arabs rioted again late Sunday night, with hundreds gathering near the border fence and throwing rocks and firebombs at Israeli soldiers. Soldiers used antiriot measures to break up the crowds.

There were also two fires in the Be’eri Forest Sunday, started by incendiary balloons sent over the border fence by Gaza terrorists.

IDF soldiers overnight Sunday also raided the village of Yatta in the south Chevron Hills, entering the house of the family of Halil Jabarin, who stabbed Ari Fuld, Hy”d, to death earlier Sunday. Soldiers collected evidence relating to the terrorist’s activities, and questioned family members on their son’s connection to terror groups. Jabarin did not have a record of previous arrests for security violations.

A report on Channel 20 said that his parents had contacted Palestinian Authority police to warn them that their son was planning to commit a terror attack. The IDF confirmed this, but the information arrived too late to stop the attack, the army said.

IDF soldiers redeployed at sensitive locations in Yehudah and Shomron, in order to prevent copycat attacks. Security officials also held an emergency consultation to discuss security over the coming Yom Kippur and especially Sukkos periods, when tens of thousands of Israelis are expected to visit sites in Yehudah and Shomron over Chol Hamoed.