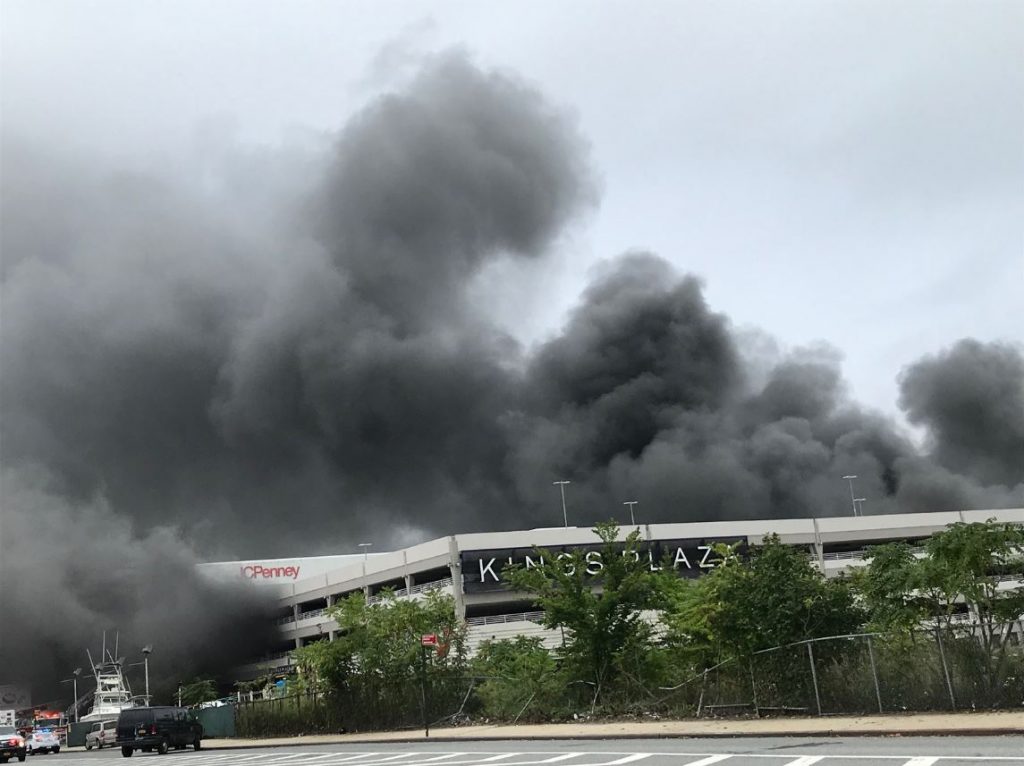 NYPD has arrested a homeless man as a suspect in this morning’s fire at the Kings Plaza Shopping Center which injured 21 people and destroyed 137 cars. The NY Post reports that the suspect had once been employed at a Mercedes-Benz dealership which rents space at the garage, and was banned by the car-dealership after he was fired. The fire destroyed 132 high-end Mercedes-Benzes.

Footage from security cameras inside the garage captured the suspect leaving the scene with his shirt over his left shoulder and his pants hanging off his hips shortly before the fire started, according to police sources. He was tracked down by police hours after the fire and taken into custody.

The ferocious fire, which went to seven-alarm and took three hours to extinguish, forced the evacuation of mall for the day.