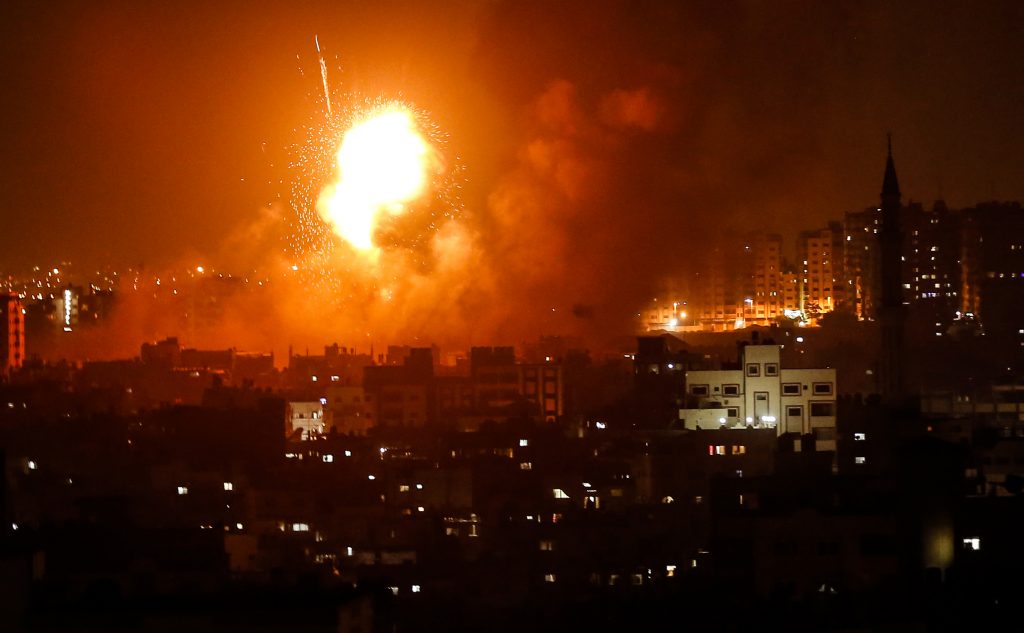 The clearest sign of this was the relatively large crowd of rioters that gathered at the Gaza border Friday. In recent weeks, as third-party negotiators tried to hammer out a deal on a cease-fire between Israel and Hamas, the number of rioters at the border – in other words, the number that Hamas recruited to throw rocks and firebombs at Israeli soldiers – had dropped significantly, but on Friday, some 14,000 rioters were at the border, indicating that Hamas had given a green light for more aggressive action against Israel.

In addition to the riots, there have been increased attempts over the past week by Gaza Arabs to breach the security fence. On Friday alone, nine such Arabs were caught attempting to cut through the fence. IDF forces responded by attacking Hamas outposts near the border. Israeli soldiers over the past week have also discovered numerous explosive devices that had been planted by terrorists. ”

In recent weeks, there had been a marked reduction in terror activity by Hamas, although terror had certainly not ceased altogether over the past several weeks – nearly daily, there were reports of attempted breaches of the security fence by terrorists and fires set by terror balloons and kites. The reduction came in the wake of third-party talks between Israel and Hamas on a temporary cease-fire, that would see more economic engagement of Gaza with the rest of the world, in exchange for a guarantee of quiet on Israel’s southern border, and the possible release of Israelis being held by Hamas. But the indirect talks between Israel and Hamas sponsored by Egypt and UN officials, which had been conducted in earnest until several weeks ago but were halted for a week for a Muslim festival, have not restarted. With diplomatic activity ceasing, Israeli officials believe that Hamas will reopen the door to terror attacks, and probably rocket attacks, in order to show its relevance to Gazans and to the PA.

In an interview Sunday, Public Security Minister Gilad Erdan said that if Hamas wants to act more aggressively, Israel will have to do so as well. Speaking to Army Radio, Erdan said that “if Hamas acts violently, we will have to return to targeted killings of Hamas leaders. It is good that the IDF has been attacking terrorists and Hamas positions, and it should continue to do so.”