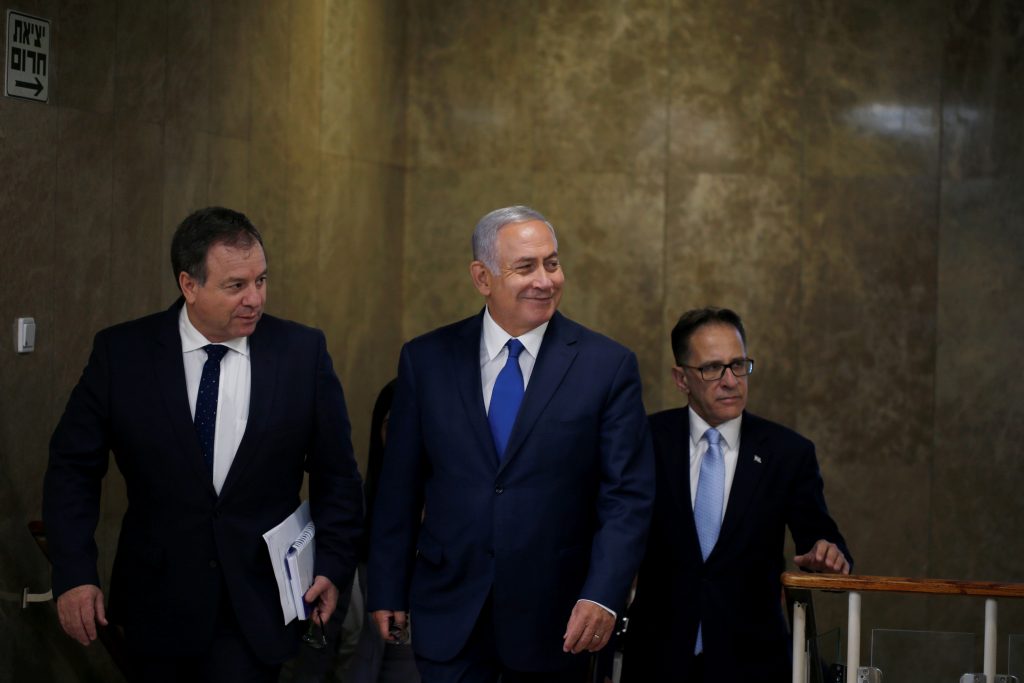 Israeli Prime Minister Binyamin Netanyahu is scheduled to arrive in New York on Tuesday evening, after the end of the second day of Yom Tov of Sukkos, in order to avoid desecrating the festival day.

The prime minister’s decision to show respect for the second day of Yom Tov will come at a price: it means he will have to forego some of the diplomatic activity he would have otherwise carried on during Tuesday, the first day of the U.N. General Assembly. Foreign leaders with whom he would liked to have held meetings will already be on their way home as of late Tuesday.

Israel’s ambassador to the U.N., Danny Danon, told The Jerusalem Post of the unique diplomatic challenge of trying to explain Yom Tov Sheni (not to mention Sukkos) to the foreign leaders who will not be able to talk with Mr. Netanyahu directly during the General Assembly.

Mr. Trump intends stay on in New York for two more days and is expected to meet Mr. Netanyahu, as he did last year, on the sidelines. The U.S. president is slated to chair a Security Council session on Wednesday – the U.S. holds the rotating presidency of the Security Council this month – where the focus will be on Iran.