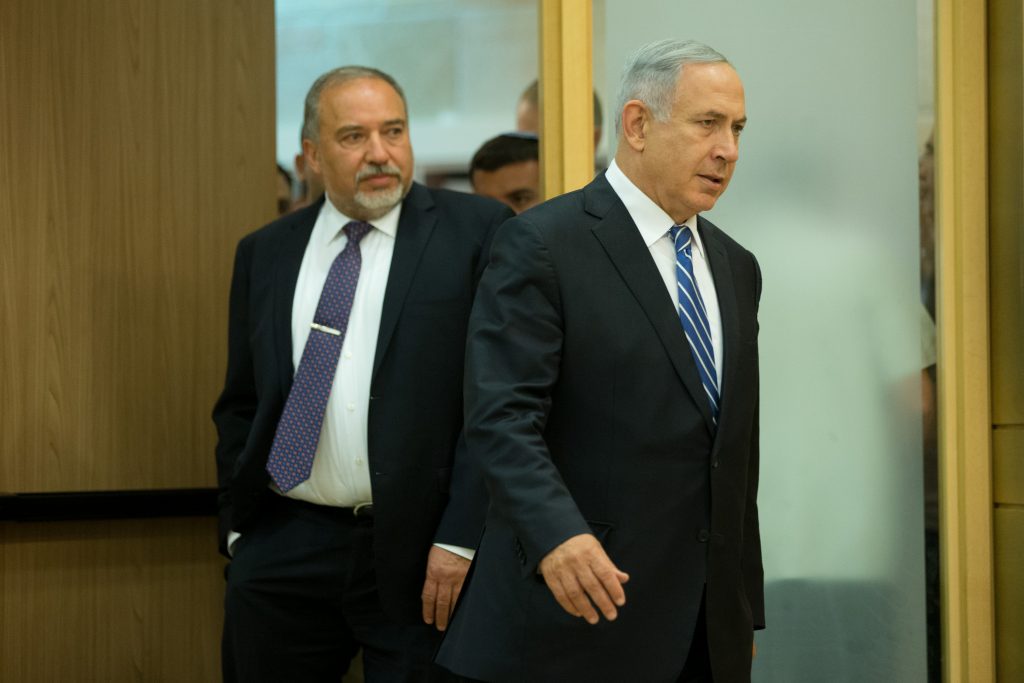 Both Prime Minister Binyamin Netanyahu and Defense Minister Avigdor Liberman on Sunday slammed the idea of setting up a parole process for Arab terrorists who murdered Jews. Responding a report in Yediot Acharonot that the IDF was considering doing just that, Netanyahu said at Sunday’s cabinet meeting that he “opposes it firmly and completely, and I know that is the position of the Defense Minister.” In his own comment, Liberman said that “as long as I am Defense Minister, no terrorists will see their sentences shortened, not even by an hour.”

In the report, the IDF spokesperson was quoted as saying that “recently we have decided on a procedural change regarding the possibility of shortening the sentences of prisoners who are serving life sentences because of sentences by military courts. Under an order that was recently signed, requests for shortening sentences will be discussed by a panel of military judges, who will make recommendations on the cases.”

The decision came in the wake of a case that appeared before the High Court, which ruled that the conditions of imprisonment for terrorists who committed acts of aggression – including murder – against Israelis needed to be equal to those of criminals who are sentenced by Israeli civil and criminal courts. That included, the court said, an appeals process and the possibility of parole.

The court’s comments came after it considered the case of a terrorist who killed an Israeli in 1988, and has served 30 years in prison. The terrorist, who was sentenced to life imprisonment by a military court, sued the state, claiming that he was being discriminated against because he was being denied the possibility of parole – unlike terrorists who were sentenced by courts in Israel proper. The court rejected his claim, saying that it could not get involved in military matters, but during the court discussions, attorneys for the IDF stated that the army was planning an appeals process anyway.

Commenting on the matter, government minister Ofir Akunis said that “no terrorists should be allowed a shorter sentence. Just the opposite; we should sentence them to death. That would be the right thing to do,” he said prior to the cabinet meeting.