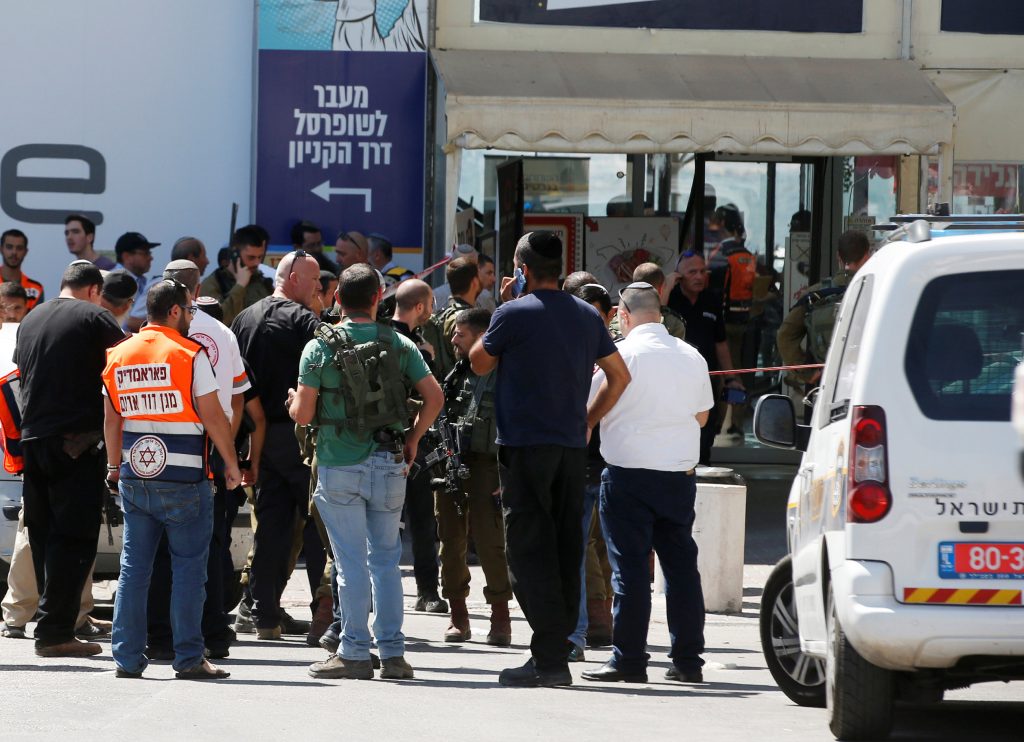 Ari Fuld, Hy”d, 45, was killed after a stabbing attack near the shopping center at the Gush Etzion Junction, Sunday morning. Although Fuld managed to open fire on the terrorist after being stabbed, he collapsed shortly thereafter, and was rushed to the Shaare Zedek Medical Center in Yerushalayim in critical condition. After trying to resuscitate him for close to an hour, the doctors pronounced him dead. “With great sadness, we must announce that despite our extensive efforts, the victim did not survive his critical injuries,” Shaare Zedek hospital said in a statement.

Fuld, a father of four from Efrat, was a known pro-Israel activist.

The terrorist was identified as Khalil Yusef Ali Jabarin, a 17-year-old Palestinian from the village of Yatta near Chevron. He is in moderate condition after being shot and neutralized by a civilian who was in the mall.

Security camera footage from the scene showed the terrorist, dressed in black, standing behind the victim for nearly a full minute before the attack.

Following the attack, the IDF set up a number of roadblocks in the area. Soldiers also raided the hometown of the terrorist, according to Palestinian media.

The levayah of Ari Fuld is to be held Sunday night, at 11 p.m. at Kfar Etzion.

U.S. Ambassador to Israel David Friedman condemned the attack and noted Fuld’s U.S. citizenship. An American-born immigrant to Israel, Fuld was a dual citizen of both the U.S. and Israel.

“America grieves as one of its citizens was brutally murdered by a Palestinian terrorist,” Friedman posted on Twitter. “Ari Fuld was a passionate defender of Israel & an American patriot. He represented the best of both countries & will be deeply missed. May his family be comforted & his memory be blessed.”