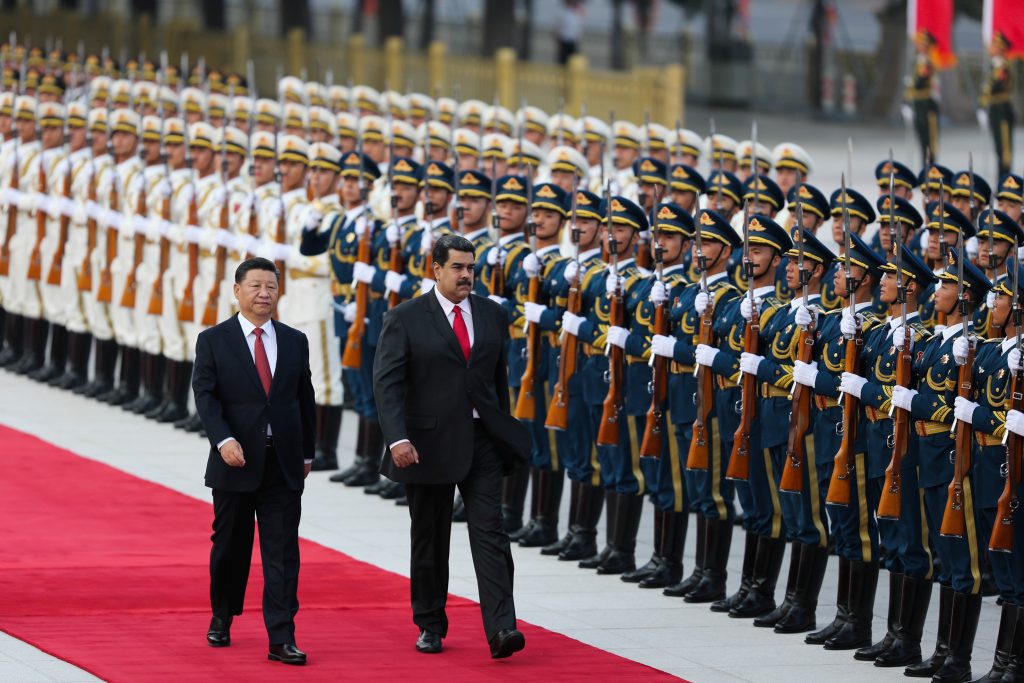 As Venezuelan President Nicolas Maduro spends the weekend in China nailing down a $5-billion emergency loan, his cash-strapped administration is floating another money-making scheme: suing its neighbors.

In recent days, Maduro and his Cabinet have said they might sue Colombia, Ecuador and Peru for their “xenophobic” treatment of Venezuelan migrants. And on Tuesday, Maduro ordered his justice department to sue Colombia to reclaim money he says his administration has spent providing social services to millions of Colombians living in Venezuela.

That could change this weekend, with Maduro in Beijing finalizing the $5 billion loan, which the government says it will use to boost oil production.

That Venezuela is talking about suing neighbors for reparations is just one more sign of how dire the situation has become in Caracas.

Speaking at a youth rally for the ruling United Socialist Party of Venezuela last week, Maduro said Venezuela had provided millions of Colombians, who fled their nation’s violence, food, health and housing aid over decades. And now he wants that money back.

“They need to reimburse us in American dollars,” he said.

Venezuelan Communications Minister Jorge Rodriguez recently accused “elites” in Colombia, Ecuador and Peru of luring Venezuelans there with false promises, and then paying them slave wages.

“If we have to ask for compensation from the governments of Colombia, Ecuador and Peru, we’re going to demand it,” he said.

The statements come as the region is increasingly alarmed by the estimated 1.6 million Venezuelans the United Nations says have swarmed across the Venezuela border since 2015.

Maduro says the migration numbers are being exaggerated to destabilize his government and set the stage for an invasion under the guise of “humanitarian intervention.” He also accuses his neighbors of trying to profit from the crisis as they seek international aid.