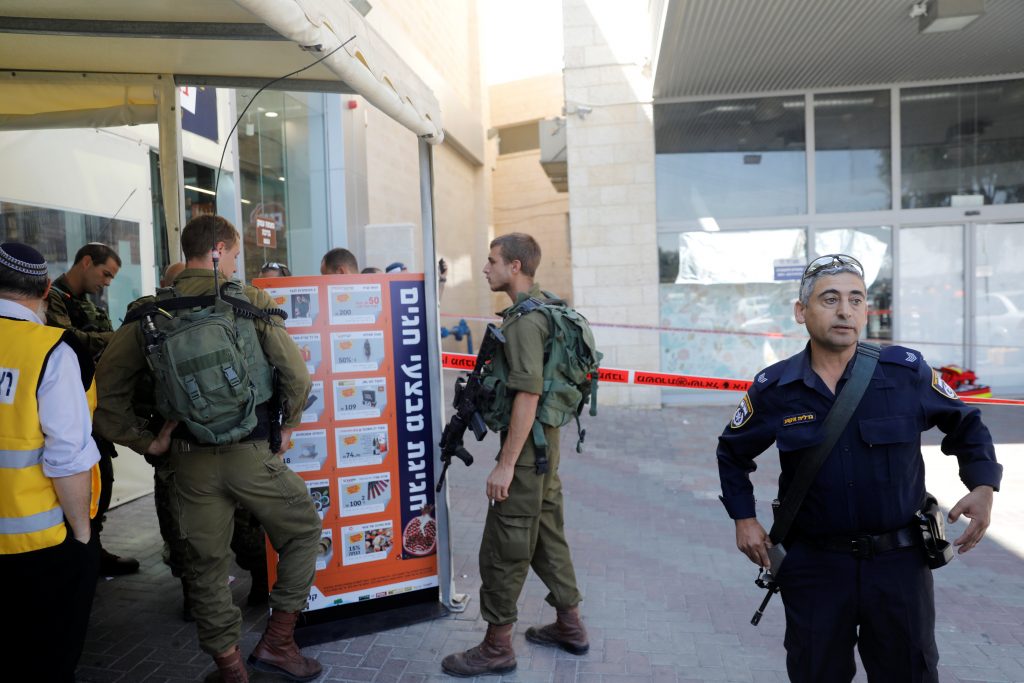 Expressions of eulogy poured in from across the Jewish community in Israel and the U.S. on Sunday following the brutal stabbing murder of Ari Fuld, Hy”d, in Gush Etzion by a Palestinian terrorist.

“America grieves as one of its citizens was brutally murdered by a Palestinian terrorist. Ari Fuld was a passionate defender of Israel & an American patriot. He represented the best of both countries & will be deeply missed. May his family be comforted & his memory be blessed,” U.S. Ambassador David Friedman wrote in an online message.

Friedman’s predecessor, Dan Shapiro, also expressed his “deepest condolences to the family and loved ones of Ari Fuld, murdered in Gush Etzion today.”

“The attack was an outrageous act of terrorism, which should be loudly condemned by all. May Ari’s memory be a blessing and a source of comfort to his family and community,” Shapiro wrote.

Prime Minister Binyamin Netanyahu lauded Fuld, who along with another civilian, shot at and brought down the assailant:

“With his last strength Ari fought heroically against the terrorist and prevented a graver tragedy,” Netanyahu said. “He was an outstanding father to four children who fought for the truth on the side of Israeli hasbara.”

“I want to send my sincerest condolences to the Fuld family, to the residents of Efrat and all of Gush Etzion over the shocking murder of Ari Fuld,” said President of Israel Reuven Rivlin. “No one will resist terror so forcefully as Ari, who displayed exceptional courage and fought until the last moment — we too will pursue by any means the perpetrators of this attack.”

Fuld, who was known for his political activism, was also eulogized by the National Union party, a faction in the Jewish Home party, as a “lover of the land who fought for it, a man of truth, caring and kind. He advocated for the land of Israel with all his might, in Israel and around the world.”

An outspoken defender of Israel, Fund was scheduled to set out in the coming weeks on a speaking tour in the United States, and reportedly was preparing to launch a new Israel advocacy website in English.

Fuld leaves behind, ybl”c, a wife and four children. He will be laid to rest tonight at 11:30 p.m., according to the Efrat municipality.