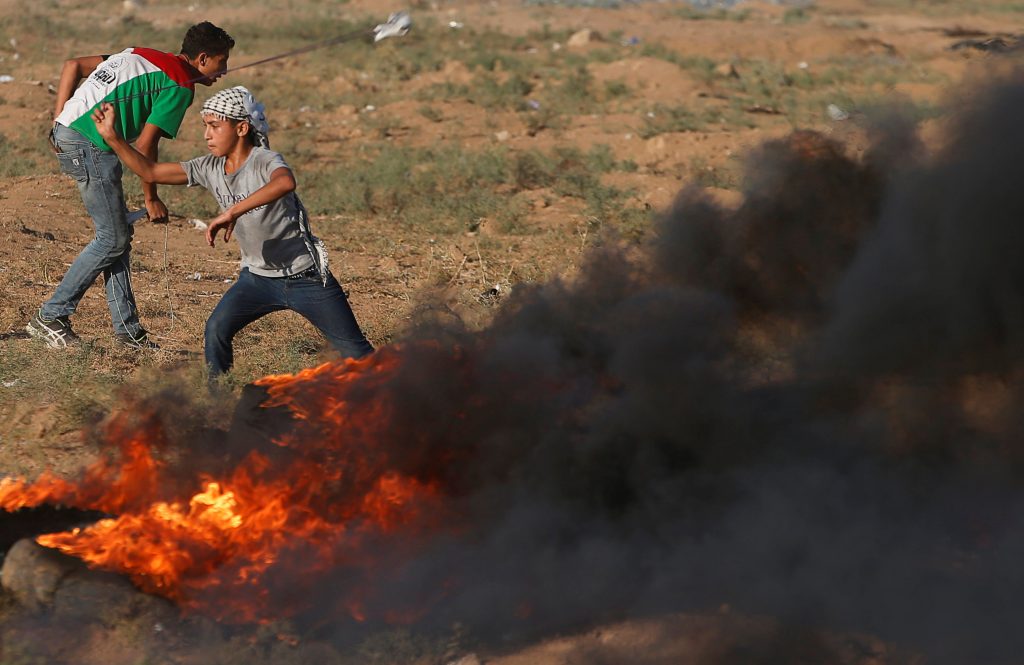 Israeli soldiers killed three Palestinians and wounded at least 30 others, Palestinian medical officials said. The Israeli military said it used force necessary to prevent border breaches by the protesters, some of whom hurled rocks and firebombs at troops under cover of smoke from burning tires.

A total of 177 Palestinians have been killed since the violent protests were launched on March 30. The period has also seen occasional shelling exchanges between Gaza’s Islamist Hamas rulers and Israel. An Israeli soldier was killed by a Gaza sniper and Israel has lost tracts of forest and farmland to cross-border incendiary attacks.

The Israeli military said that, twice this week, its patrols discovered and dismantled bombs that had been planted for use against them at the fence. Early on Friday, several Palestinians crawled to the fence to throw a pipebomb at troops, who fired back, the military said.

U.N. and Egyptian mediators have been trying to reach a deal to calm Gaza, where Israel and Hamas have fought three wars in the last decade. The brokering efforts have been complicated by Hamas’s feuding with Palestinian Authority President Mahmoud Abbas, who has restricted funding to the coastal strip.