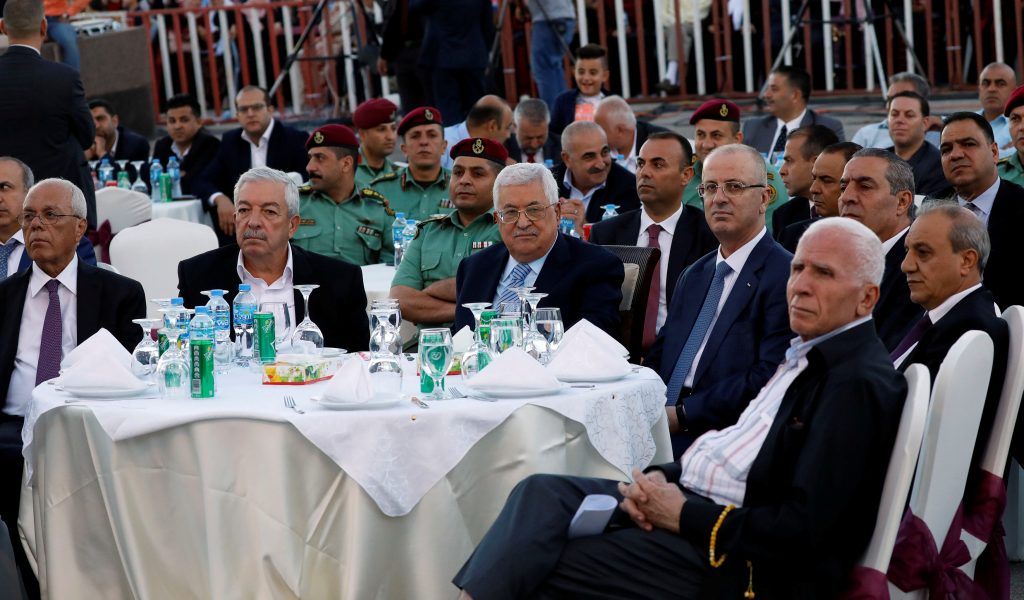 In a bid to entice the Palestinians back to the negotiating table, the Trump administration has offered $5 billion in economic assistance, Globes revealed on Thursday, citing U.S. and Israeli diplomatic sources.

The White House later denied the report. “This is false,” a National Security Council official was quoted by The Jerusalem Post as saying.

According to the report, President Donald Trump approved the deal, which originated in the State Department and was presented to him by Mideast envoys Jared Kushner and Jason Greenblatt.

The European Union and the Persian Gulf states were said to be pledging a comparable sum, if it would help to revive the moribund peace talks.

The figure mentioned was based on estimates that have been made in recent months of the needs of the Palestinian economy for reconstruction and development. U.S., Israeli, European and Palestinian economists have taken part in formulating the estimates.

The Americans have said that economic assistance would likely be a part of a renewed peace process, but this is the first time that the administration has reportedly endorsed a specific amount.

Senior Israeli sources reportedly confirmed the existence of such a proposal, which is in line with the administration’s expressed willingness to invest heavily in getting the Israelis and Palestinians back to talks.

But they were dubious about the receptivity of the Palestinian Authority President Mahmoud Abbas, who has invested heavily in seeking to delegitimize Washington’s role in Mideast peacemaking.

The disclosure also comes at a time when Palestinian anger has been intense over the Americans’ decision to cut more than $500 million in assistance for them: $200 million from foreign aid, $300 million from the budget for the United Nations Relief and Works Agency (UNRWA), and tens of millions more from aid for Palestinian hospitals in East Yerushalayim.

Supporters of the plan argue that, on the contrary, it could be an effective carrot following so closely the stick of budget cuts.

They also point out that despite the official PA boycott of U.S. diplomatic officials, contacts have been maintained with PA Prime Minister Rami Hamdallah and others. The sources were quoted as saying that they were informed of the $5 billion offer, including a timetable for restarting peace negotiations and a donors conference to decide on the details of the transfer of funds.