World U.K. to Pay ‘Substantially’ Less to EU in Event of No Brexit Deal
World 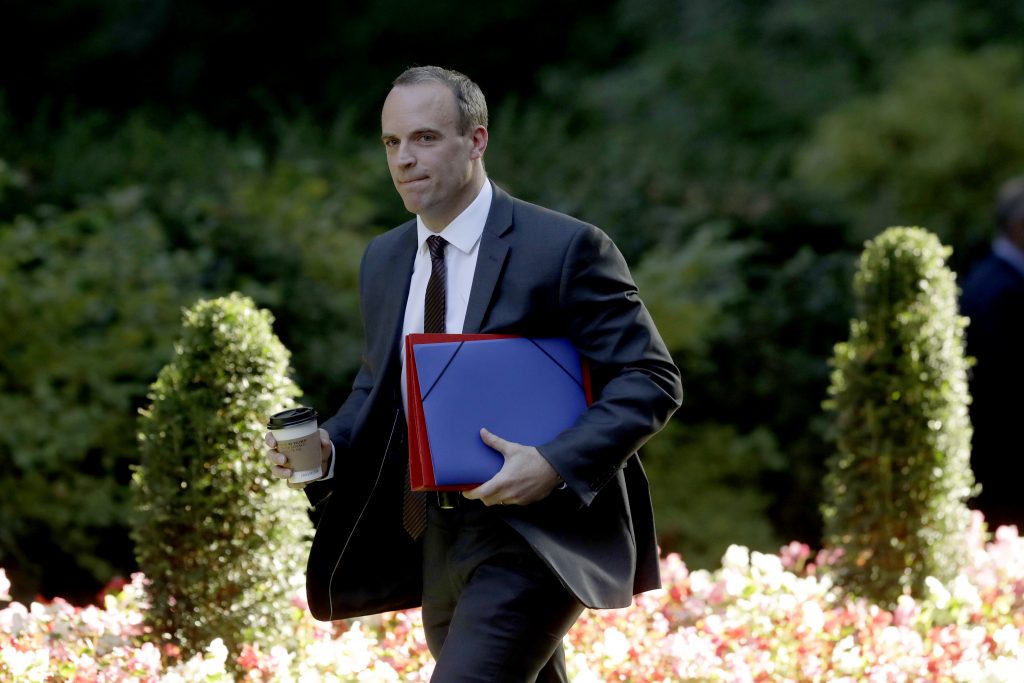 Britain warned the European Union on Thursday that it will withhold billions of euros of a promised divorce payment if there is no Brexit deal.

Brexit Secretary Dominic Raab said the U.K. would pay “significantly, substantially” less than the already agreed-upon £39 billion ($51 billion) in the event no agreement is reached.

The payment covers commitments the U.K. has made as a member of the bloc, including pension liabilities for EU staff and programs the U.K. has agreed to help fund over the next few years.

Raab told the BBC that Britain would recognize its “strict legal obligations” to the EU but would not make the full payment.

“It’s not a threat and it’s not an ultimatum, it’s a statement of fact,” he said.

Negotiations over future relations once Britain leaves the EU on March 29 have become bogged down amid divisions within Britain’s Conservative government over the extent of the post-Brexit economic relationship with the bloc.

Raab said he remains confident the two sides will reach a deal. But the government is also stepping up preparations for leaving without an agreement.

Prime Minister Theresa May held a special Cabinet meeting Thursday focused on “no deal” preparations, and the government was publishing a sheaf of documents looking at the potential impact on various sectors of the economy.

The first batch of papers, released last month, said businesses could face red tape at the border, while customers could see higher credit-card fees and patients could endure delays in medical treatment.