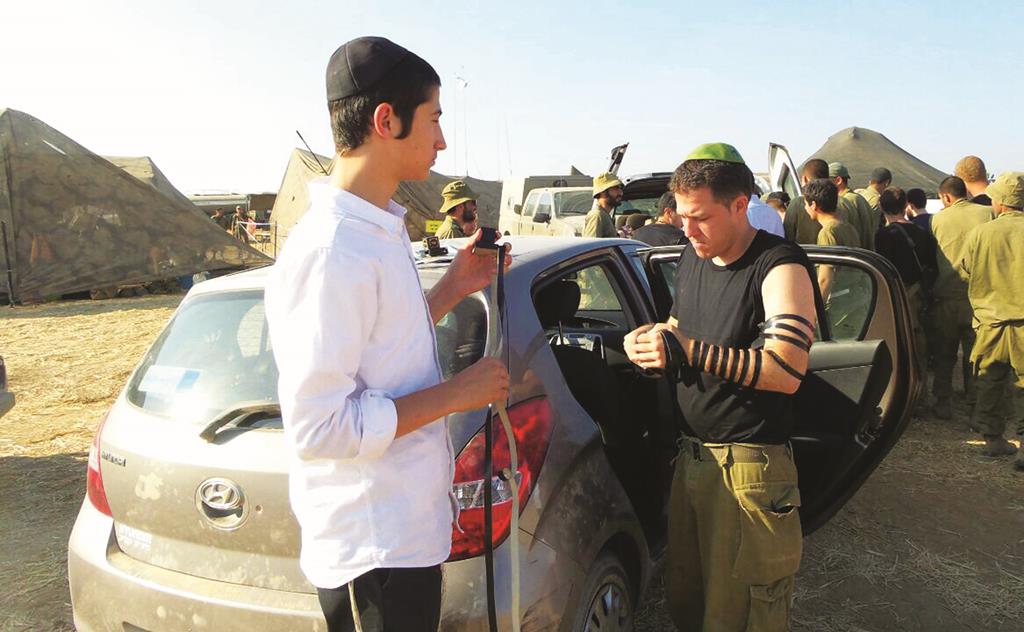 An effort by residents of neighborhoods in north Tel Aviv to lock out chareidim has drawn criticism from a number of corners – including Zehava Gal-on, former head of the radical secular leftist Meretz party.

An exchange between a Channel Two reporter and organizers of the effort to keep chareidim – specifically Chabad Chassidim – out of the Tzahala neighborhood “should be condemned by all people,” Gal-on wrote in a social media post.

According to the Hadashot News report, the group, formed recently on social media, has undertaken to convince residents and homeowners in the Tzahala and Mishtala neighborhoods of north Tel Aviv not to sell or rent apartments to Chabad Chassidim. The group was formed in the days before Rosh Hashana, after the local Chabad House posted ads urging children to come to synagogue on Rosh Hashanah and hear shofar, promising those who showed up a treat. As part of their “revenge,” the residents organized the group to pressure homeowners and real estate agents to immediately reject any chareidim, especially members of the Chabad community, who seek to buy or rent in the area.

In a conversation with a Hadashot News reporter, one of the organizers said that the neighborhoods “have been marked by the chareidim for ‘settlement.’ At least two properties have been rented to Chabad shluchim, who took us by surprise and rented apartments in the middle of a purely secular neighborhood. This is a well-known tactic by these people, coming into a neighborhood quietly and then demanding space for their institutions, for shuls and mikvaot. We need to let people know what Chabad is doing, we need to organize legally to prevent this.”

The reporter asked the resident if he approved of banning Arabs from neighborhoods as well, based on the same logic – to which the resident responded that he did not, because “chareidim are worse. Arabs do not try to change the nature of the neighborhood. If chareidim come in they will try to ban driving on Shabbos, they will insult women who are not dressed to their standards, and so on.” The only reason none of these things have happened in the neighborhood yet, the resident said, was because of the awareness and activity of people like him.

In the wake of the broadcast, the head of the social media group decided to shut it down, telling Hadashot News that they would continue to work for their goal “using legitimate means, and prevent attempts to change the nature of our secular neighborhood. We never intended to engage in verbal violence, but as everyone knows it is easy to get carried away on social media, as opposed to meeting face to face. I want to stress that I have nothing against anyone, but only against agendas that seek to change our lifestyle. I am sure that the Chabad folk are wonderful people who are acting only based on what they perceive as a positive agenda, and that through their actions they believe they are bringing Moshiach.”

Channel Two sought comments from the State Attorney’s Office on whether it would pursue racism charges against members of the group. In the past, Rabbanim – most notably the Chief Rabbi of Tzfas, Harav Shmuel Eliyahu – have been prosecuted for asking members of their community not to rent apartments to Arabs. No response has yet been submitted, the report said.