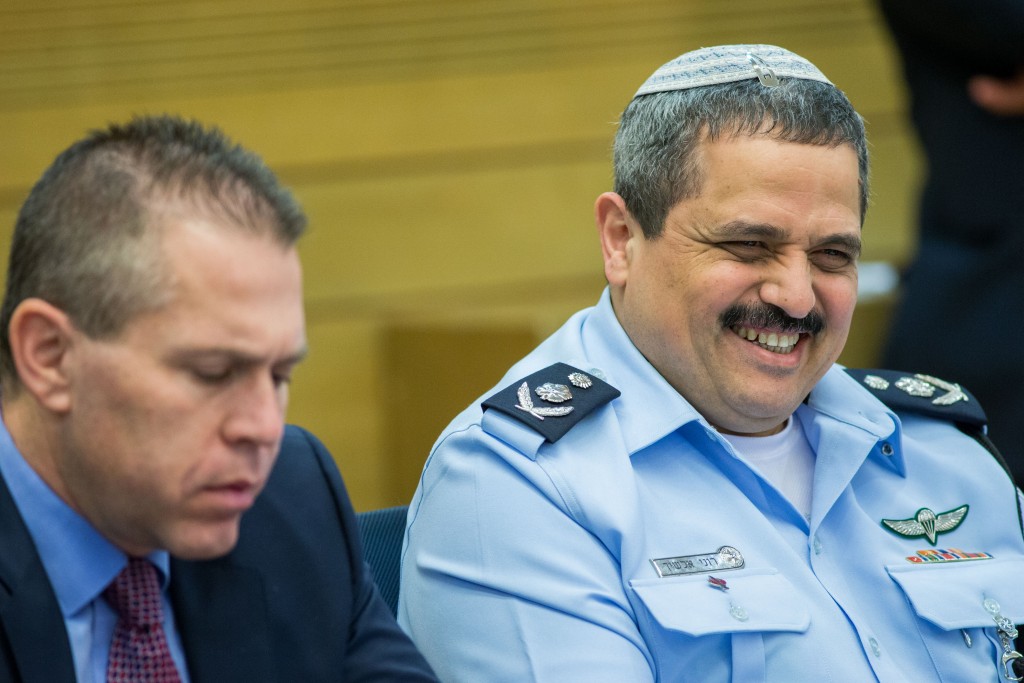 The term of Israel’s Chief of Police Roni Alsheich, will not be extended, Public Security Minister Gilad Erdan informed him Thursday. Erdan will present candidates to replace Alsheich later Thursday, his office said in a statement. Alsheich’s term will end in December.

While it was not expected that Erdan would approve of Alsheich for another full three-year term as police chief, it is generally accepted that the appointment is extended for another year when the official term comes to an end. Erdan has decided against that, and prefers a new person in that job beginning in 2019.

In a statement, Alsheichsaid that he “thanks the Minister for choosing him for the position three years ago and for the wonderful opportunity to lead the country’s 31,000 police officers and 33,000 volunteers who are responsible for the personal security of Israelis.

The chief of police will leave his position and wrap up 38 years in service to Israel’s security. He wishes success to whoever is chosen to replace him, and promises to assist in any way possible, and is positive that the Israel Police will continue to remain on guard, providing security for the quality of life of Israelis.”

Hadashot News said that Erdan had decided several weeks ago not to extend Alsheich’s term, the result of several corruption scandals that the Police Chief has presided over during his term, and that the minister feels could have been handled in a more effective manner.