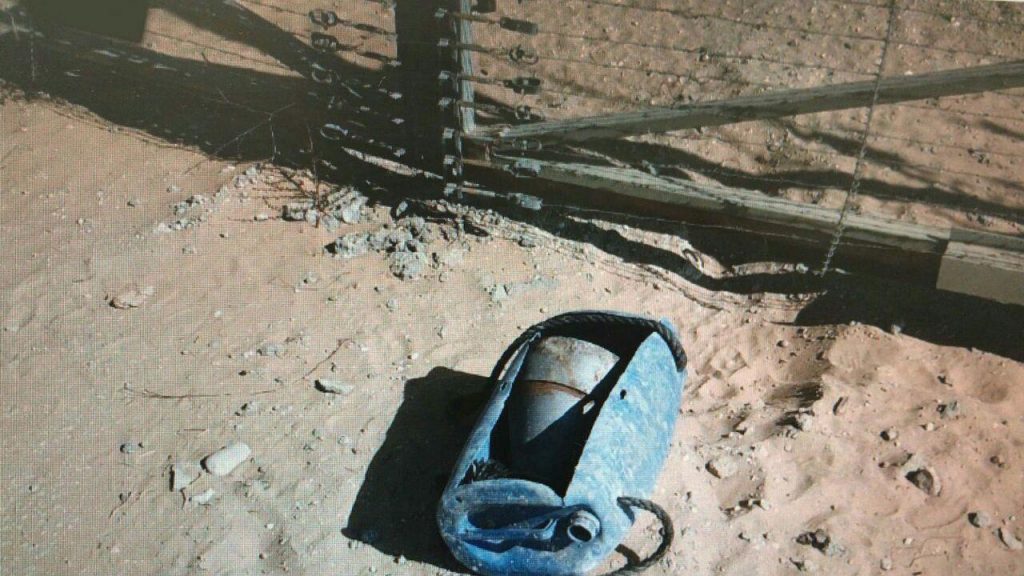 IDF soldiers on Thursday morning neutralized a bomb that had been set along the Gaza border by Arab terrorists. The terrorists had planned to set off the explosive when an IDF patrol passed by, the army said in a statement, but the plan was foiled when soldiers discovered the device.

It was exploded in a secure manner. B’chasdei Shamayim, no injuries were reported among Israeli forces. Soldiers were attempting to track down the terrorists.

In a statement, the IDF said that “the placing of explosive devices along the border, under the cover of rioting is further evidence that Hamas terrorists are attempting to continue the conflict along the border and to harm Israeli soldiers, using Gaza residents as human shields and as a cover for terror activities. The IDF is prepared to act, and will continue to act, against terrorists and those who seek to harm Israeli forces and the defense infrastructure along the fence.”